One
of the fascinating things about the Nigerian music industry is how
artists are able to bloom in a very short space of time, same way one
could be easily forgotten when consistency and hard-work is lost.

Over
the past few years, the Nigerian music industry has unearthed what we
at Jaguda like to call “Bubbling Under” acts, who have in little time,
grown to become household names in the Nigerian music space.
Though
many still feel like there’s been recycling of the same A-list artists
and their somewhat generic sounds, a new wave of very promising singers
and rappers have sprung up in recent times which beams a ray of hope for
music lovers and the industry in its entirety.
We have come to
appreciate other genres of music, especially the fast pace at which the
alternative sound is catching up. The new school generation of Alte
acts like Odunsi, Santi, Lady Donli, Tay Iwar among others, have
remained consistent and unrelenting, which has resonated into widespread
appreciation of their unconventional sound/style.

My focus, however, is on the new rave of the moment, Omoniyi Temidayo, popularly known as Zlatan Ibile.
The
musical street sensation has grown to become a highly sort after act
with very impressive, chart-topping bangers to his credit.
He
finally caught the attention of music lovers and critics alike with his
2018 banger “Zanku (Leg Work)” which became an instant banger upon its
release. The infectious tune was accompanied by the famous ‘Zanku’ dance
which also spread like a virus.
It would interest you to know that Zanku is an acronym for ‘Zlatan Abeg No Kill Us.”
More so, his blonde haircut and fashion statement has also made him a face of the Nigerian street culture.
Known
for his famous line ‘Kapaichumarimarichopaco’ (which serves as an
identity), the promising rapper has ridden on the success of his
predecessors like the iconic Da Grin (of blessed memories) Olamide,
Small Doctor, Slimcase, among others, to finesse his way into our
hearts.
One major tool that also helped Zlatan grow considerably
well is the social media which has also helped unravel new street acts
like Picazo Rhap, Yomi Blaze, Lil Frosh, among others.
A few days
ago, a viral video of DMW act, Peruzzi and Zlatan made its way on
Twitter and got everyone talking. I was so impressed by what I saw and
that triggered this piece.

It
has almost become impossible to turn a blind eye to whatever Zlatan
does. Before I go into his songs and collaborations, let’s take you back
to when he caught our attention – I like to call it the ‘pre-Zanku
era.’
In 2014, Zlatan Ibile was the ‘Airtel One Mic’ winner in
Ogun state. He got signed to Coded Records Entertainment and released
his first official single accompanied by a video titled “Odun Yi”
featuring Space Boi. 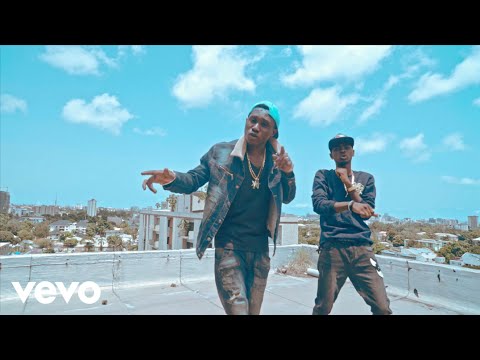 Fast forward to 2018/2019, the story is different for the young lad, a clear indication of hard work and persistence.
Some of the songs that have put him on the pedestal (both solo and collaborations include), Zlatan – Jogor ft. Lil Kesh X Naira Marley, Zlatan – Zanku (Legwork), Chinko Ekun – Able God ft. Lil Kesh & Zlatan, Zlatan X Davido – Osanle, DMW x Davido x Zlatan – Bum Bum, Burna Boy – Killin Dem Ft. Zlatan.
It is also impossible to mention Zlatan without acknowledging the guy behind most of his hit songs, his producer, Rexxie.
With
many other collaborations not mentioned in this article, it is quite
audible to the deaf and visible to the blind that Zlatan has unlocked a
new level for himself and also given hope to emerging street acts like
himself.

At this pace, it is safe to say I
see Zlatan scoring bigger hits, better collaborations (locally and
internationally), winning awards and landing mouthwatering endorsements.
A
little controversy and scandal along the line is something we should
also expect as that comes with the package of being an A-list artiste.
Overall, the future sure looks bright for him

Davido Escapes Air Turbulence While On A Flight, Thanks God For Surviving