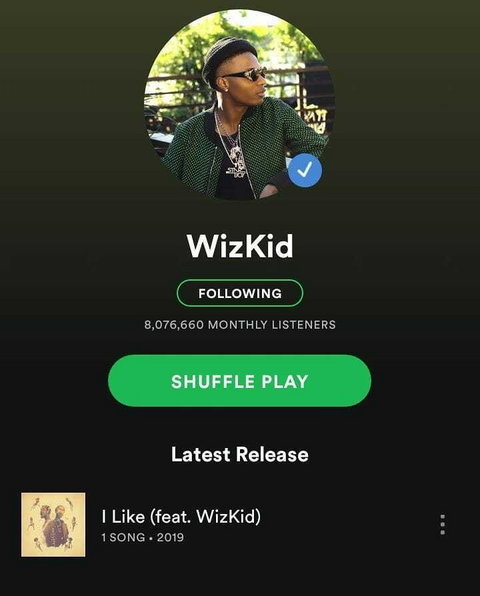 Wizkid becomes first African to hit 8 million montly listeners on Spotify. (Spotify)
By so doing, Wizkid became the first African to achieve the feat. The previous record was held by Congolese rapper and singer, Maitre Gims. He had seven million monthly listeners.
This comes after good numbers off ‘Dis Love’ by DJ Spinall also featuring Tiwa Savage. A few days ago, the singer also featured on ‘Like,’ a new single by British-Ghanaian rapper and singer, Kojo Funds.
Related Topics:Entertainment
Up Next

A video showed Floyd Mayweather saying he was flying to Saudi Arabia for Manny Pacquiao rematch talks, but he now says it’s not true