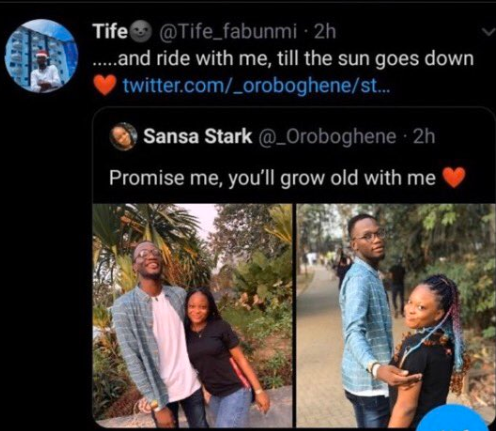 Twitter was abuzz this morning after a Twitter influencer was accused of rape by his ex-girlfriend and he denied it and threatened to take her to court.
The ex-girlfriend’s name is Comfort but is known on Twitter as Sansa, while the man she accused is a Twitter influencer known as Tife.
Tife and Sansa are currently the number 1 and 2 most trending topics for Nigerians on Twitter due to the rape allegation. 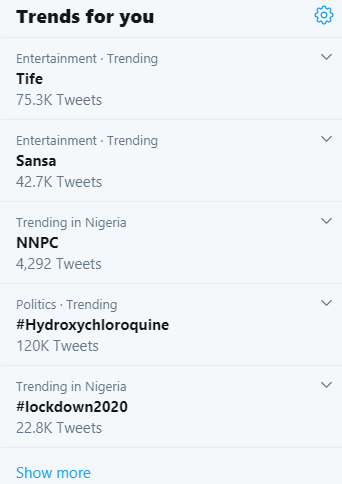 Tife and Sansa were once a popular Twitter couple who flaunted their love on the platform. 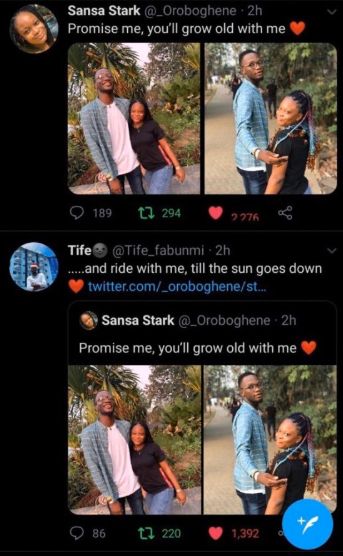 However, all that changed when they broke up and Tife began posting subs and ridiculing her on Twitter. 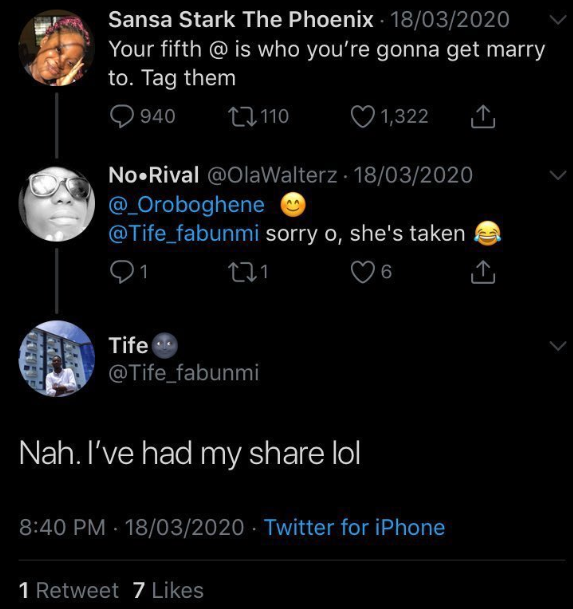 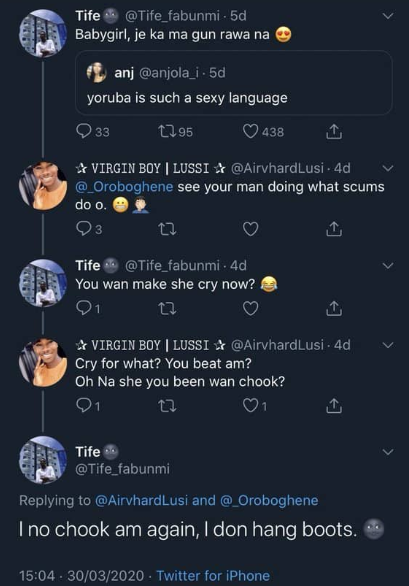 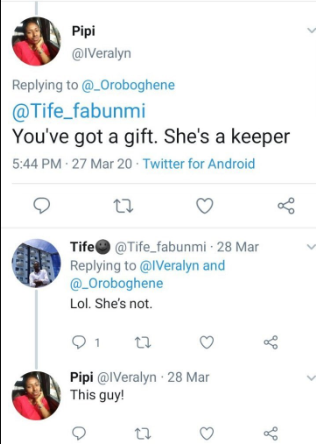 It got so bad that Sansa’s nudes were leaked and she was accused of infidelity.
The infidelity allegation made it to blogs so Sansa did a thread last night, accusing her ex, Tife, of being behind it. She also accused him of being a rapist.
In the long thread, she detailed all she’s been through because of him. 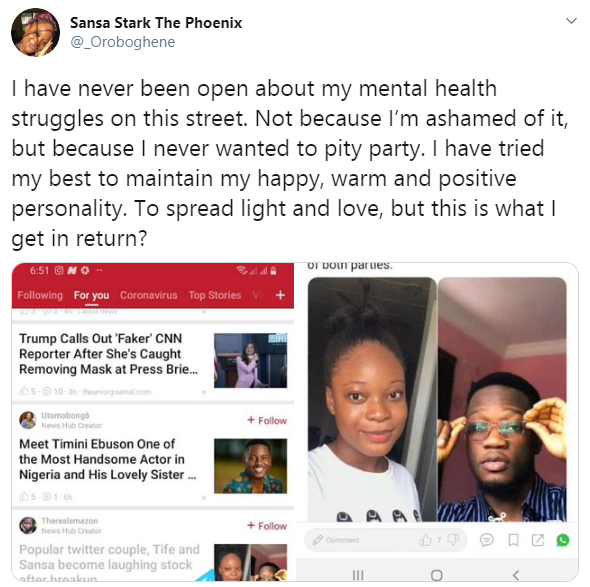 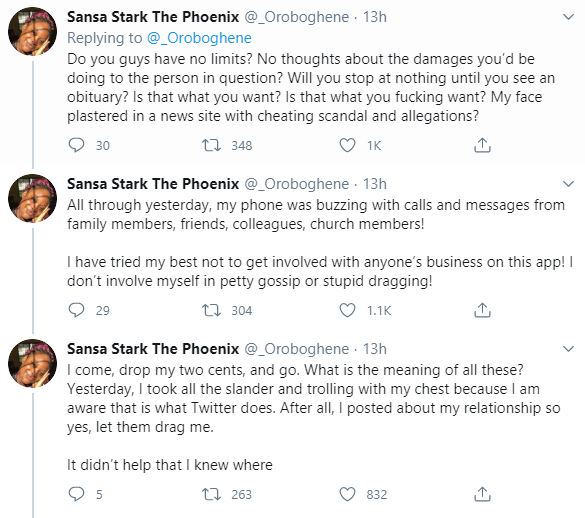 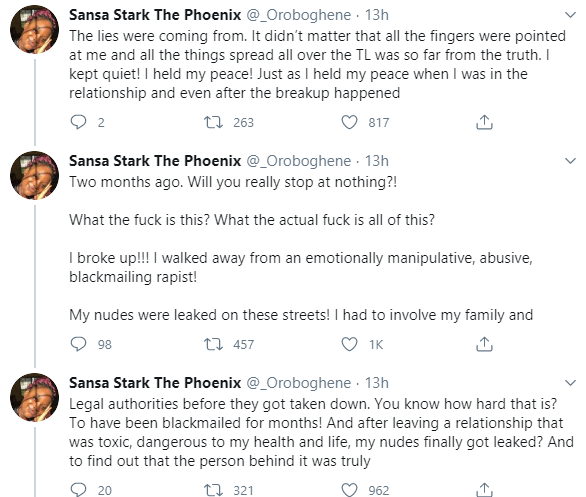 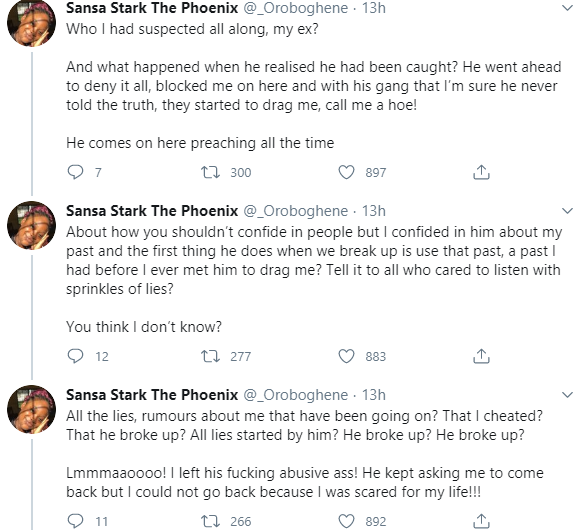 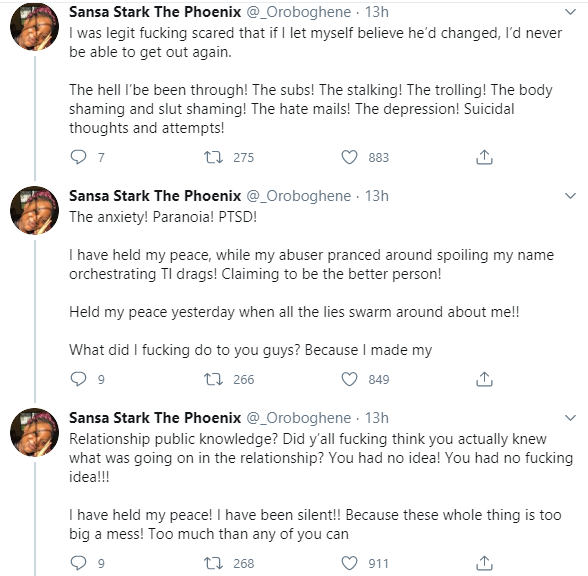 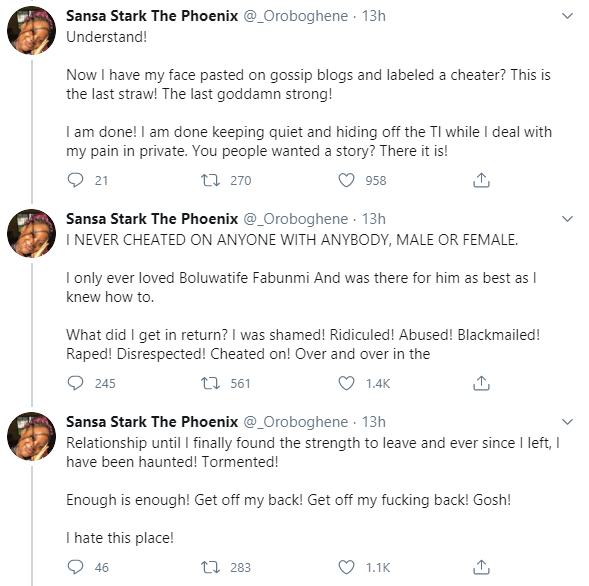 As expected, Twitter users took sides with neither Sansa or Tife.
Tife later responded, and threatened to take legal actions against Sansa. 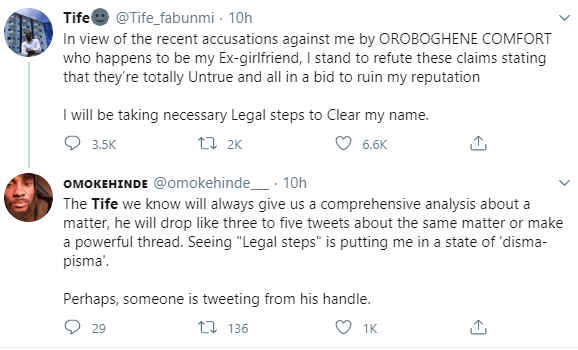 Sansa tweeted that she was waiting for him to take legal action.

However, hours later, Tife took responsibility for his actions and apologized. He added that he has called his ex and apologized to her too.
He denied being the one who made blogs publicize a story about her being a cheat, but he admitted to subbing and insulting her. 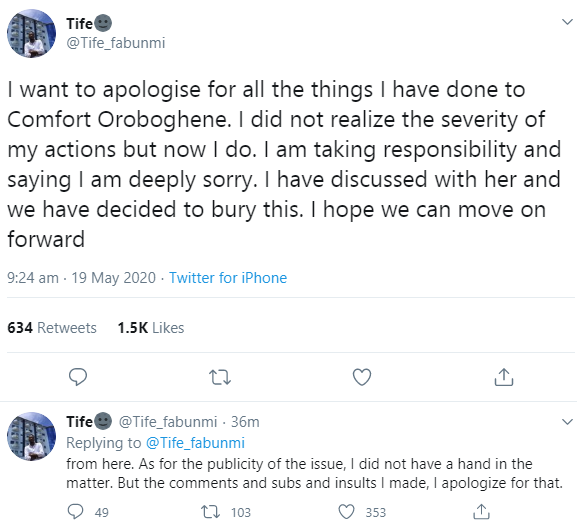 However, the case didn’t die down. Twitter users have expressed shock after Tife took responsibility. Some pointed out how he has condemned an alleged rapist in the past.
Below are Twitter reactions and also more reactions from Sansa. 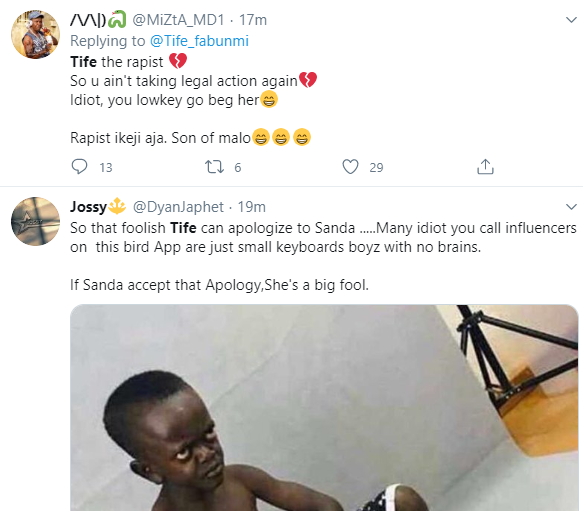 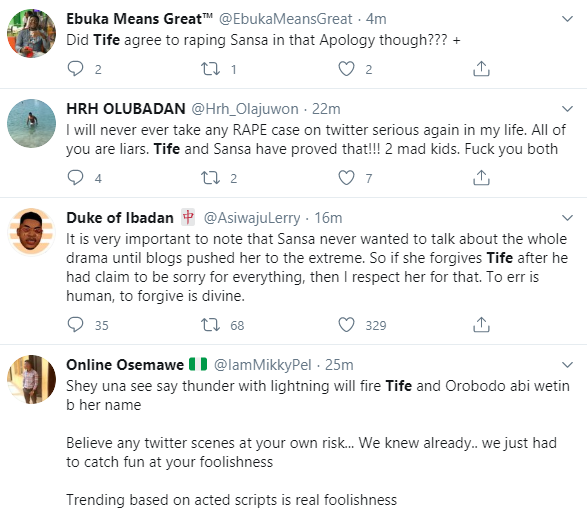 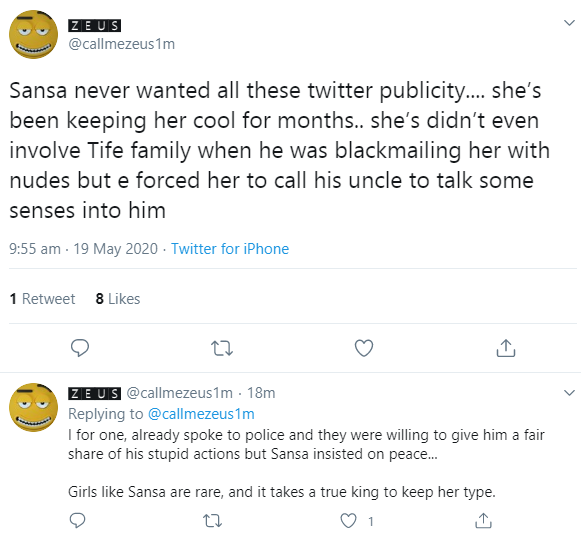 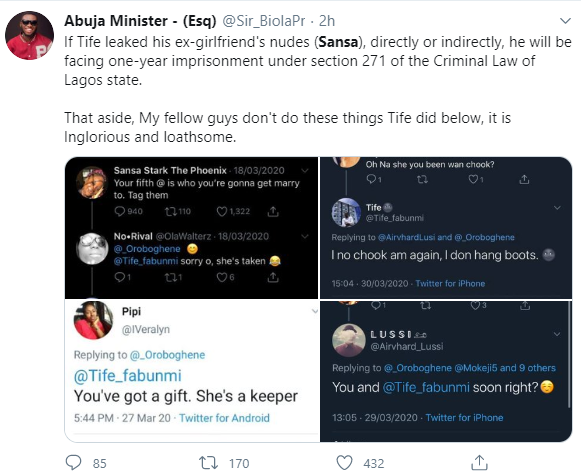 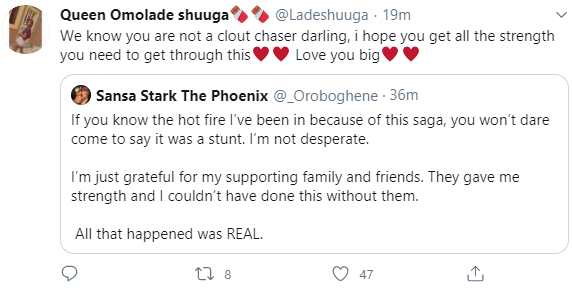 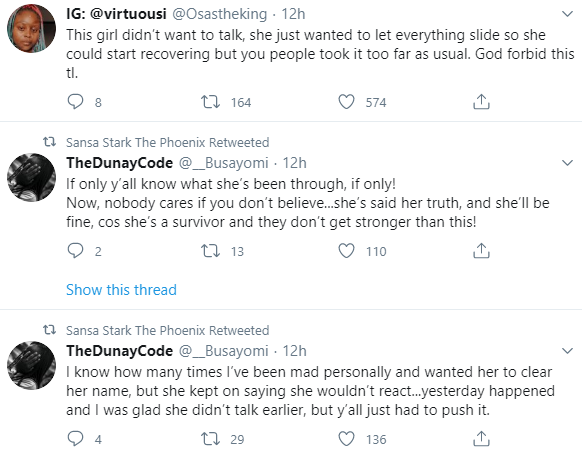 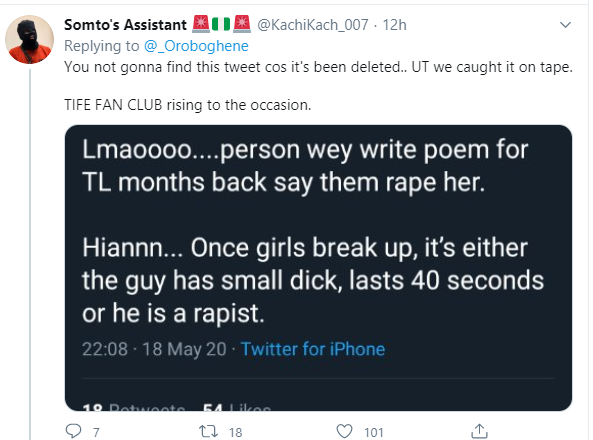 Top 10 Nigerian Celebrities Who Have Not Done Giveaway Online Since COVID-19 Lockdown Started (No. 5 Is Very Stingy)