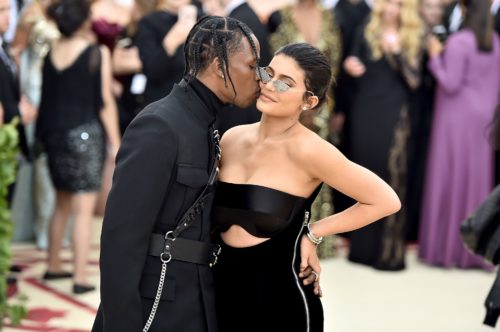 There is never a lack of drama in the Kardashian household. The
spotlight shifts from sister to sister on a regular basis and right now,
all of the focus has been pushed to Kylie Jenner. Whether she’s being
slandered online for being named the youngest ever “self-made”
billionaire by Forbes, ditching her best friend Jordyn Woods, or
accusing her boyfriend of cheating on her, Kylie Jenner has effectively
become the current star of the family.

A few weeks ago, the entertainment world was shaken when reports
started to come out that Kylie had accused Travis Scot of cheating on
her.

At a later date, it was alleged that she had found messages in his
phone that seemed suspicious. After allowing time for things to cool
off, a report is circulating today that suggests that things are no
better between Travis and Kylie, that their relationship is on the verge
of hitting the rocks.

According to US entertainment media giant, TMZ, the couple has been
communicating “in spurts” since their explosive fight last month because
both parties are insanely busy– as tends to be the life of a touring
rapper and a self-made billionaire. The report reads that Kylie still
has “serious trust issues” with her partner and that their bond “isn’t
even close to what it used to be.”

According to sources close to the family, Travis’ main priority is to keep his family together.

However, Jenner doesn’t want him to have to cancel any shows for her.
Once his tour is over, they should be able to have a legitimate
sit-down chat. Both of them are reportedly confident that they can work
through this.

Related Topics:Celebrity NewsEntertainment News
Up Next

Here are unforgivable secrets you should never keep from your partner

Davido’s “Fall” Becomes 19th Most Played Song On US Radio