During the interesting and insightful episode of Loose
Talk, he says Tiwa is one of the best he ever worked with. 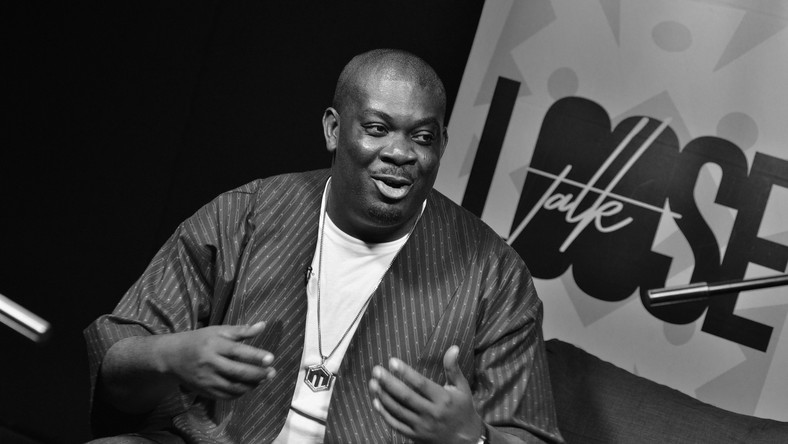 While the spotlight was shined on the issue, Don Jazzy says he’s still business partners with Tiwa Savage.
He says, “It’s obvious to everybody, it
was an epic journey. I don’t necessarily even feel like now because
you’ve signed to Universal, to everybody it just looks like she’s gone
to the land beyond beyond. I don’t understand, we’re still business
partners, there’s still catalogues that we share, that she’s still going
to be receiving royalties from for the rest of her life or whatever.
“The business was dope, and she’s actually
one of my favourite business partners of all time. I mean, myself and
D’Banj worked together for eight years and one year, Tiwa would have
been eight years too as well. It was beautiful, she was understanding
from the get-go till now.
“There’s nothing she doesn’t understand,
we try as much as possible to understand each other. Sometimes, even
when should disagree with each other on some things, she’s just matured,
you know.
“She’s loving, and knew what she wanted from day one.”
On the topic of the new kid on the block, Rema, Don Jazzy says he was discovered via Instagram. He says, “D’Prince
dropped a song, ‘Gucci Gang,’ featuring myself and David and the young
man did a freestyle to it and tagged us. That’s how everybody finds
every artist; tag somebody, if the person is feeling you, you blow up.”
Related Topics:Music news
Up Next