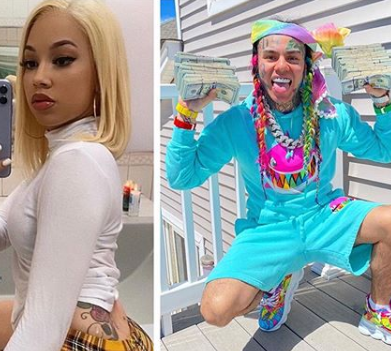 A woman claiming she’s Tekashi 69’s baby mama has dragged the rapper after he announced that he will be donating $200K to the No Kid Hungry Foundation during the pandemic.
The rapper, who recently got out of jail, announced his donation on Instagram. In the post, he thanked nurses and frontline heroes for their help during the pandemic then pledged $200K to feed hungry children. 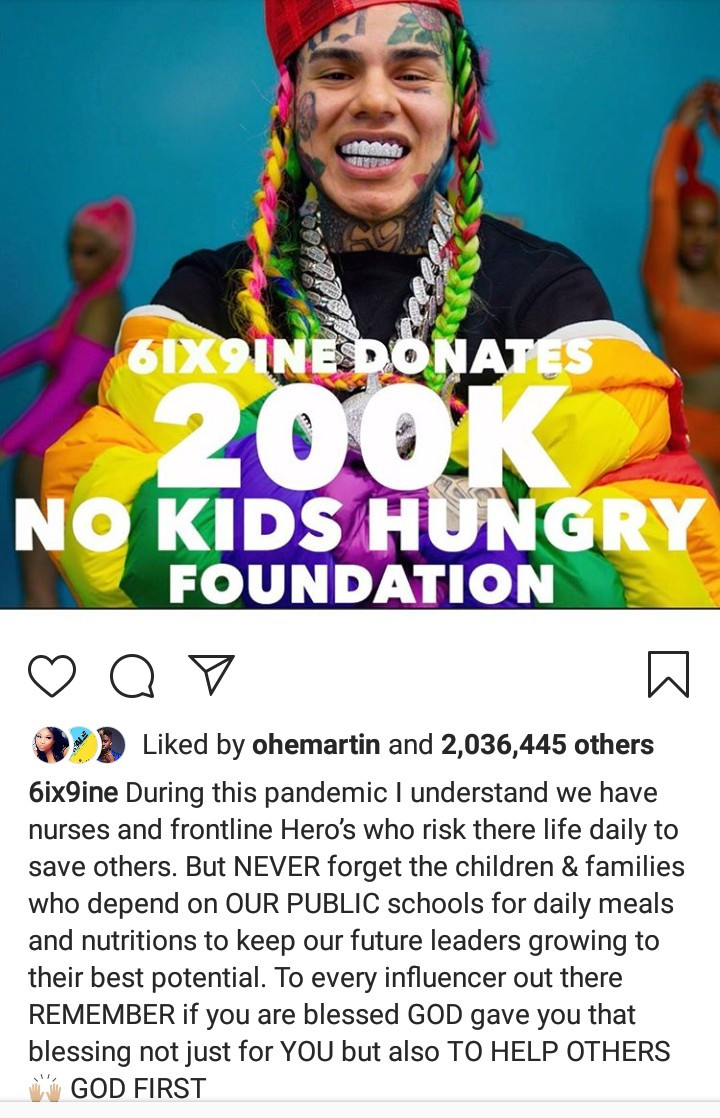 He also added as a comment to his post, saying: “Honestly, every rapper got something to say but when it’s time to make a change and help others they go quiet… but what do I know I’m just a rat.”

Well, his donation didn’t go down well with one person. A woman, who goes by Layna and claims to have a child with Tekashi, called him out for caring for other kids, whereas, he doesn’t care for his and has never even met her.
She claims Tekashi promised to help her financially when he gets out of jail if she stayed quiet and refrained from airing out their business. She shared receipt to this effect.
In a screenshot she shared, Tekashi allegedly promised that she is “going to be good” if she keeps silent about them. 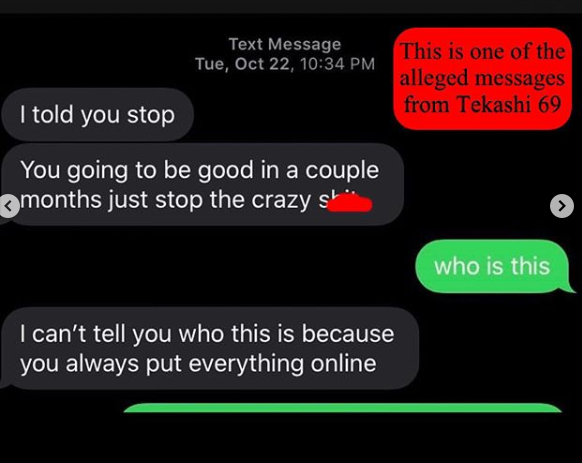 Layna said Tekashi never fulfilled his promise when he got out. She said she hasn’t heard from him since his early release.
She commented under the post where Tekashi promised to donate to charity and asked him to focus on feeding his daughters.

After she called Tekashi out, the rapper posted a video with his girlfriend’s daughter on his Instagram story and Layna believes he did it to spite her.
She then took to her Stories again to call him out for posting another man’s child when he has not met his own 1-year-old daughter. 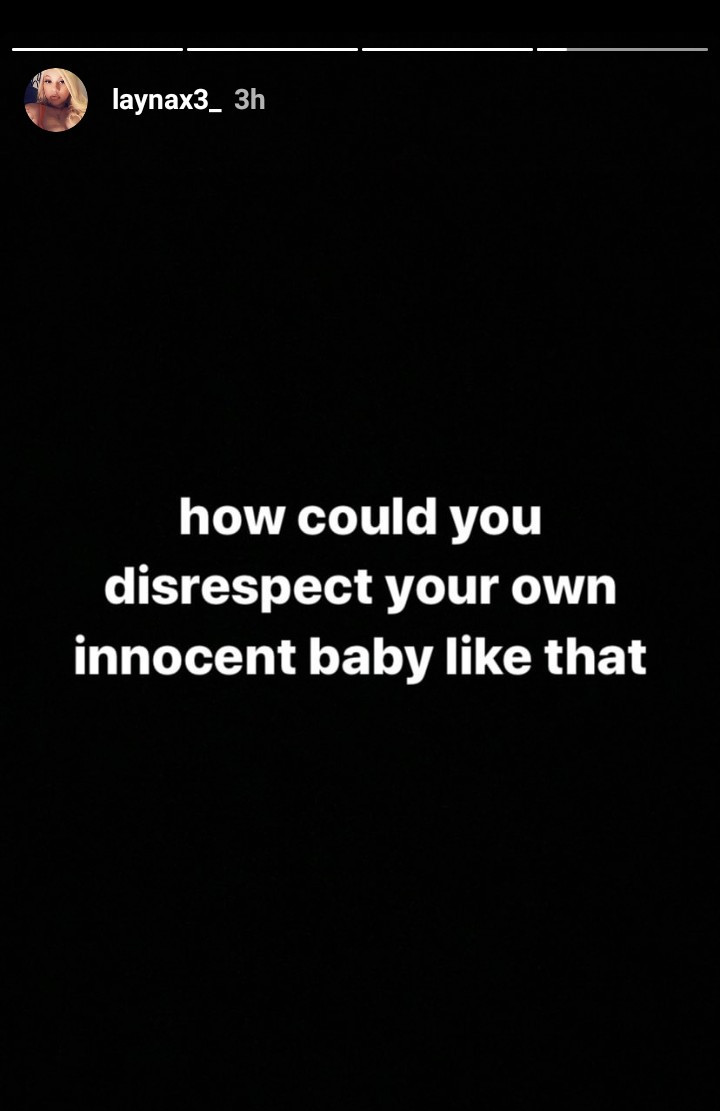 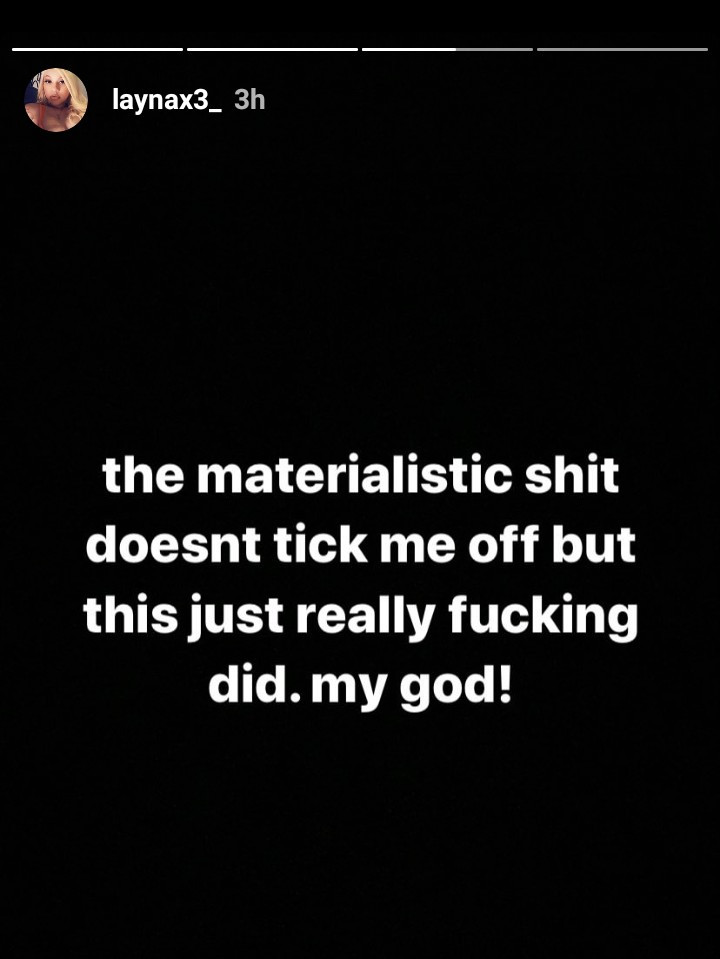 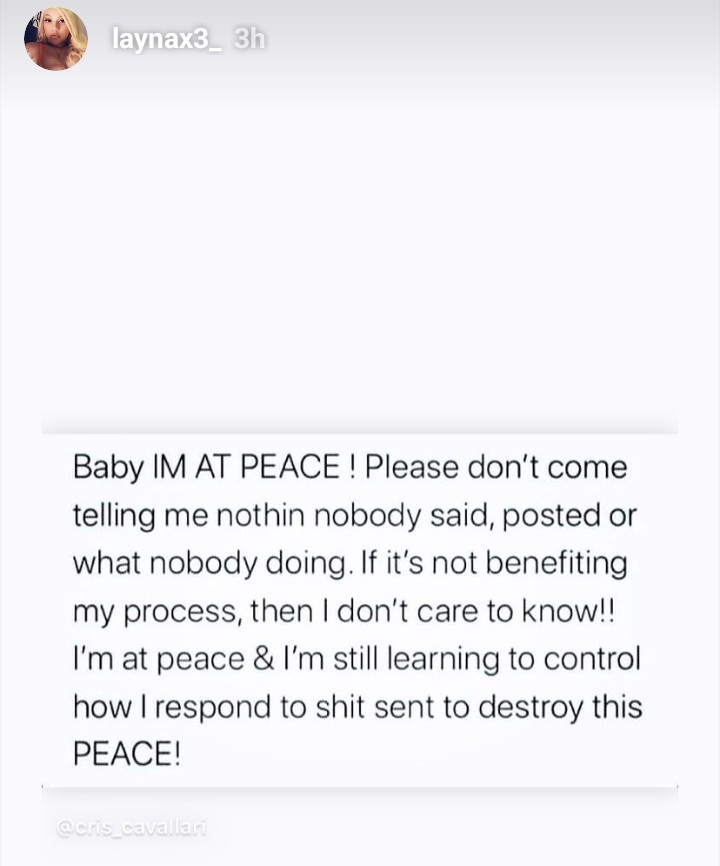 Layna says she has tested the DNA of a man who claims to be Tekashi’s father to show that he is the grandfather to her daughter. She shared a video of the man having his mouth swabbed for his DNA sample. She also shared the results of the DNA that appeared to establish that her baby is related to Tekashi. 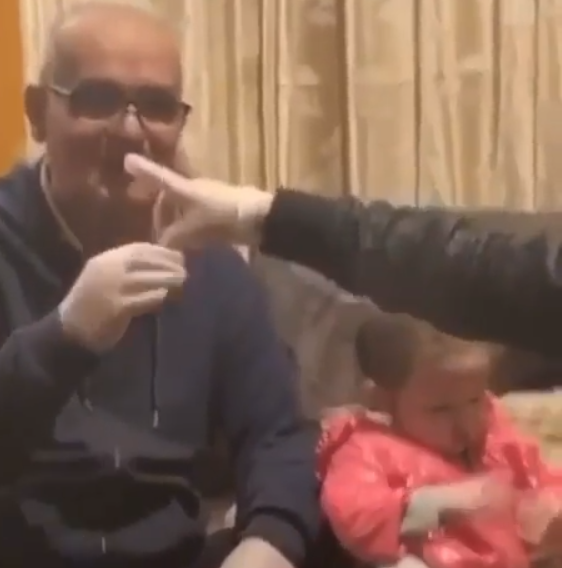 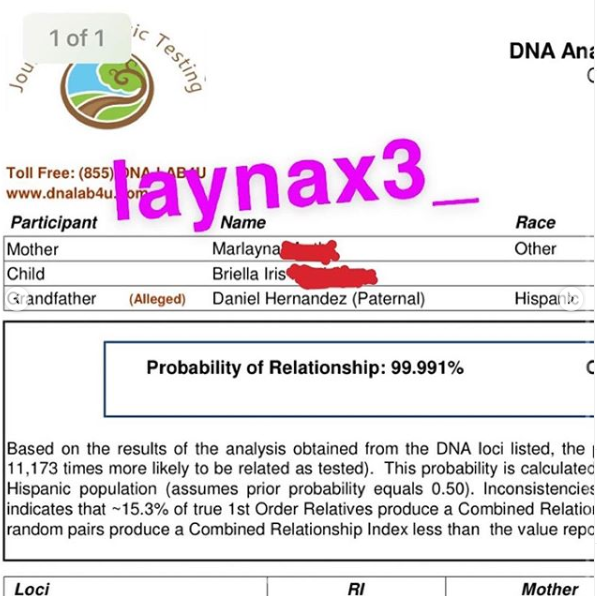 Layna said Tekashi still hasn’t helped her, even after she wrote a letter to the judge in support of his early release. Now she feels betrayed and alleges his girlfriend Jade is part of the reason he’s not responding to her pleas for help.
Well, Tekashi responded to the drama with a simple comment.
He wrote: “@future what should I do?”

His short comment is a reference to the baby mama drama Future, who has at least 7 baby mamas, is facing.
Related Topics:Celebrity Gist
Up Next

Twitter tells employees they can now work from home ‘forever’