Instagram
Henry Onyekuru is set to wed his girlfriend (Instagram/Henry Onyekuru)
A Pulse source has revealed that the wedding will be in 2019.
Super Eagles star Henry Onyekuru is set to wed his long-term girlfriend known Esty who is also the mother of his son,  as reported.
Onyekuru and Esty have been dating for several years and are both parents of a one-year-old boy.
According to sources, the 22-year-old and his partner are already engaged and planning a nuptial in Benin City, the hometown of the girl.
Our source could not get the exact date of the wedding, but our source was very sure that it would in 2019.
It is also very likely that the wedding will be this summer before the player travels back to Europe to resume the season with his club.
The future of the Everton forward who spent last season on loan at Galatasaray is still unknown. 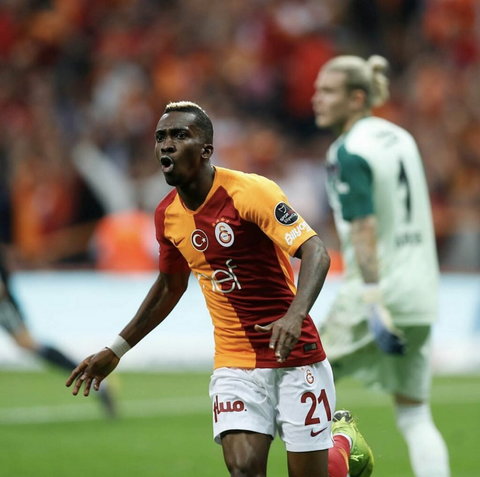 Twitter
Henry Onyekuru spent last season on load at Galatasary (Twitter/Henry Onyekuru)
Onyekuru joined Everton in 2018 but has spent two seasons on loan deals at Anderlecht and Galatasaray due to work permit issues.
He won the Turkish league and cup double with Galatasaray last season.
The player is still not eligible to be given a work permit in England and his expected to spend another season out on loan.
The Nigeria international played one game for the Super Eagles in Egypt where they won the bronze medal of the 2019 Africa Cup of Nations (AFCON).
Related Topics:LifestyleSport
Up Next