Slimcase says he used to be a menial worker at a factory where he was earning N15,000. 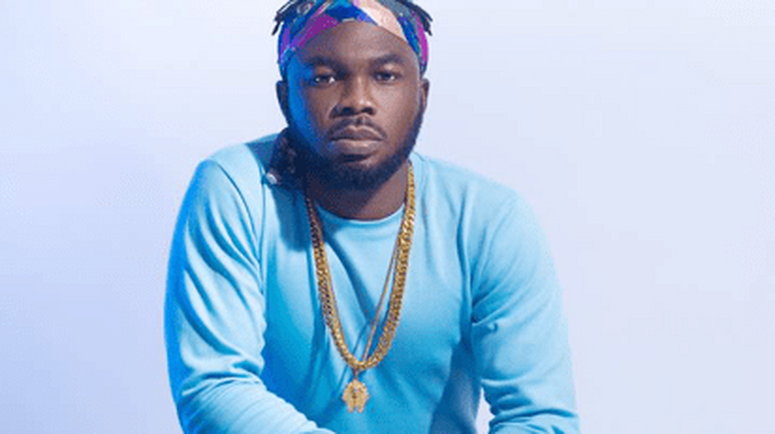 Oluwafemi Oladapo aka Slimcase says he used to earn N15k as a factory worker.(Vanguard)
Every artiste has a story about how they rose to stardom and for Oluwafemi Oladapo, popularly known as Slimcase, it’s a grass to grace story.
The singer in an interview published by Punch on Saturday, June 22, 2019, spoke on how he rose to become music star.
Slimcase said he used to work in a factory and also had to trek sometimes to work to save some money for studio sessions.
He said, “I faced a lot of challenges in my career, especially when it had to do with money. I had a big dream but I had little money.
“I used to be a factory worker and my salary was N15, 000. I am the first born of my family and out of this little money, I still had to save about N8,000 for my studio sessions, I had to trek a lot to achieve this.
“At a point, my parents and siblings put pressure on me to get another job and stop wasting my time doing music. I thank God I never listened to them because I am now the breadwinner of my family.”
Slimcase also spoke about how the inspiration behind his kind of music.
He said, “Alcohol inspires the kind of music I do; drunken people inspire me a lot even though I have never been drunk.
“I am a very good actor, so people tend to believe me when I act as if I’m drunk.”
From the street of Ikorodu, Slimcase rose to stardom in 2017 when he dropped a single titled ‘Oshonzodi’.
Related Topics:Celebrity GistEntertainment News
Up Next