Connect with us
In what will come across as a really shocking development, a university lecturer has been caught pants down with a student. 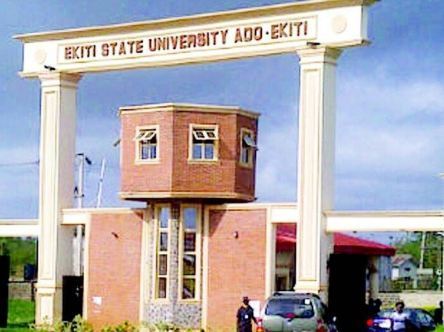 File photo
Ado-Ekiti-A randy lecturer at Ekiti State University, Ado-Ekiti, has been caught pants down while allegedly attempting to have carnal knowledge of one his students.
In a 29-second video clip which has gone viral on social media, the lecturer who is in the Accounting Department, was seen nude. Some female students of the varsity who were believed to have laid siege to the residence of the female student were seen dragging the embattled lecturer out of a room.
Investigations, revealed that the lady’s boy friend and his friends were said to have informed the lady to play along with the lecturer when he made overtures to her in exchange for marks. Judging by the the claim of a voice in the video, the scene of the incident was the state capital, Ado Ekiti.
According to the video, an audible voice chatted: “This is a lecturer of EKSU. He wants to have S*x with a student.”
The voice said a lot of unprintable things laying bare the escapades of the randy lecturer.  While making mockery and torturing the lecturer, one of the boys was seen pressing a powered electronic device to on his body to shock.
The lecturer was screaming and begging the students for mercy. He was not spared as he was beaten black and blue by the students when he was trying to resist being pulled out from the room naked.
Meanwhile, the female student was the one who uploaded the video clip on her Whatsap status, captioning it “I am not sending oh, he wants to f**k fresh pu**y.
Some students of the institution who spoke with Vanguard confirmed the identity of the lecturer in the video as a popular person, though expressed their reservations about act.
They, however, revealed that the lecturer was not alone in the game of intimidating female students to have rump with them. They said most lecturers in the institution were in the habit of abusing and taking undue advantage of ladies hence the need for investigation into the matter and sanction the lecturer.
They said there are several cases of such in the school but most victims were not bold enough to expose the act. Efforts to contact the lecturer was unsuccessful as his line was switched off.
However, the EKSU authorities and police had said they were not aware of the incident.
Source: Vanguard
Related Topics:News
Up Next