Connect with us
Senator Abbo advised youths to conduct themselves in a manner that they cannot be blackmailed when they become successful. 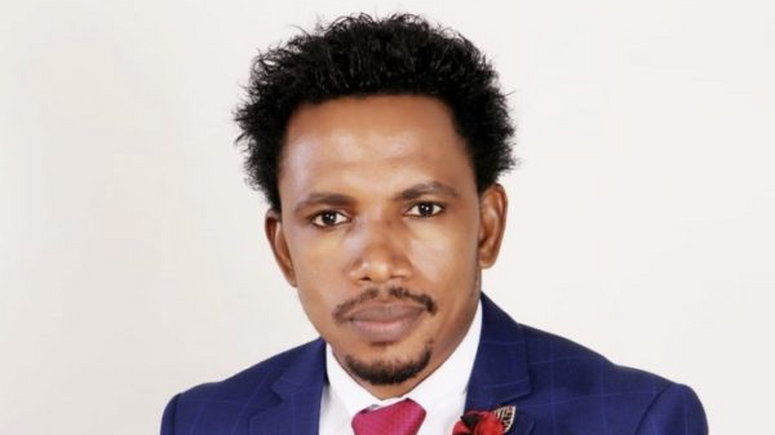 BusinessInsider USA Images
Senator Elisha Abbo [BBC]
Senator Elisha Abbo (Adamawa North – PDP) has been honoured with an “ICON at Democracy” award by the Intercommunity Awareness for Change and Development Initiative (IACDI).
Abbo has been in the public eye in recent weeks after he was caught on camera repeatedly slapping a woman during an altercation in Abuja in May.
He made a reference to the incident during the presentation of the award last weekend in Abuja, saying the incident is all part of politics.
The 41-year-old lawmaker remarked that youths should learn from him, noting that a misconduct that happened over a decade ago can be used as a tool of blackmail when they get into public office.
He said, “I believe young people all over the world now will be learning from me that there’s now a huge gap between wanting to be in power and being in power to deal with the challenges of politics. I believe young people will draw strength from me.
“You’re all aware of what happened few weeks back where certain things happened and I have been in the public space. I was number one trending on the social media, Twitter and the rest of it but that is leadership. That is politics for you.
“Don’t be surprised what you did 10 years ago will come back to haunt you. And that is why we should always remember that even though you’re a young person now, you’ll contest election tomorrow.
“It is therefore important for you to conduct yourself in a way that when you win election tomorrow, somebody will not use what you did 10 years ago to blackmail or tarnish your hard-earned reputation tomorrow.”
The emergence of the video that captured Abbo assaulting a woman led to widespread outrage.
The incident happened in May 2019, just a month before Abbo was sworn in as a senator of the 9th Senate.
Many Nigerians called for the lawmaker to be suspended by the Senate, and prosecuted in court.
Despite initial defiance, the lawmaker issued a very public, teary-eyed apology to his victim and asked her, and Nigerians, for forgiveness days after the video’s emergence.
However, he pleaded not guilty to two counts of criminal use of force and criminal assault when he was arraigned before a Chief Magistrates’ Court in Abuja.
The Senate also set up an ad-hoc committee to investigate the incident and report back in two weeks, but the probe has stalled.
Source
Pulse NG
Related Topics:News
Up Next

Hushpuppi buys Wine Of 720k To Compensate Himself

Casted!!!! Slay Mama Seen Changing Cloths In Front Of An Hotel To Snap Pictures For The Gram! | Watch Video