Ibrahim Aminu Zurmi allegedly bled to death on the floor of the Federal Medical Centre, Gusau, Zamfara State after he was reportedly stabbed by thugs who snatched his phone.

According to reports, late Zurmi was on his way to the mosque on Friday October 4, for Jumma’at prayer after visiting his mother when a group of thugs attacked him, snatched his phone and stabbed him multiple times in his stomach and lap. 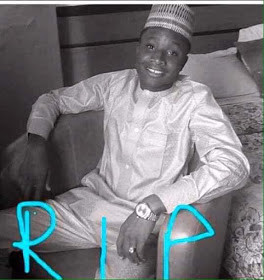 He was rushed to FMC Gusau accident and emergency unit but according to Facebook user Yahaya Kaura, the staff allegedly refused to attend to the dying man without police report. Even after the report was broght two hours later, the hospital allegedly requested for payment before he will be taken to theatre for operation. 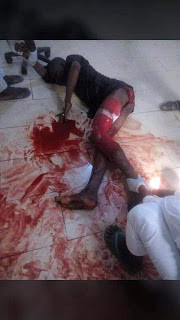 Before the payment and blood was brought, Ibrahim passed away after approximately five hours of bleeding on the floor. Read full report below:

THUGGERY AROUND GUSAU TUDUN WADA VICINITY THAT CAUSED THE LIFE OF POOR IBRAHIM AMINU ZURMI
Ibrahim Aminu Zurmi on friday afternoon went to awala area of tudun wada to visit his mother, on his way back heading to mosque for jumma’at prayer. He was attacked by thugs in filin jirgi area who snatched his phone and stabbed him multiple times in his stomach and lap. Laying unconscious in a pool of blood, a commercial bike man raised an alarms and eventually met someone who knew him (neighbor).
His intestines were fusing out of the brutally stabbed stomach, they rushed him to FMC Gusau accident and emergency unit where the hospital attendant refused attending to him until a police report is brought, his neighbor who rescued him fell at the feet of a hospital staff and pleaded for mercy and that was when the wounds were wrapped with bandage which could merely stop the bleeding. He was kept on the bare floor without any medical care.
After approximately two hours, Ibrahim was still laying in a pool of blood at a federal Medical Center until the police report was brought and that was when they gave blood sample and requested for payment before he will be taken to theatre for operation. Before the payment and blood was brought, Ibrahim passed away after approximately five hours of bleeding on the floor.
Thuggery and hospital’s incompetence has caused the life of this young man. This is the current situation that has bedeviled Tudun Wada vicinity ( Hayin malam sani area, hira da qwaddi area, nassarawa area, awala area, matazu area, unguwar kara area, filin jirgi area, premier road and it environs).
Additional two cases were reported just yesterday .We want to please solicit the attention of Gov Bello matawalle to this repitative occuring incidents, the lives of innocent citizens are at stake. We request the sudden arrest and execution of this hoodlums involved in thuggery and phone snatching activities that has caused the life of a citizen.
# RIPIBRAHIMAMINUZURMI
# ACTGOVBELL