The photographer is also demanding an unreserved apology from the EFCC. 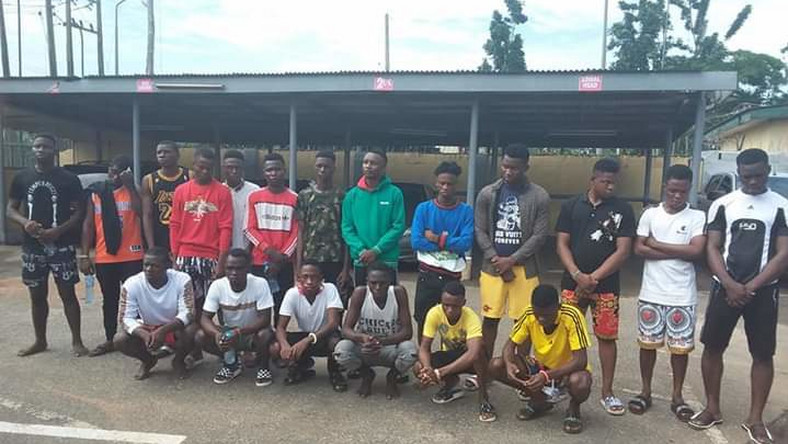 A photographer, Nasiru Ali, is
demanding N100 million as damages from the Economic and Financial Crimes
Commission (EFCC) for “wrongly” parading him as an internet
fraudsterYahoo boy.
Ali was arrested in the early hours of May 17, 2019, after EFCC operatives raided his home in Abuja.
The photographer was reportedly alseep when officials of the anti-graft agency stormed his house.
Subsequently, his picture and name alongside nine other people was published on May 20 on EFCC’s Instagram page.
In a petition dated May 30, 2019 and addressed to the acting EFCC chairman, Ibrahim Magu, the photographer through his lawyer, Pelumi Olajengbensi, said he lost a N5 million contract over the incident.
Ali demanded for an “unreserved apology” for the “wrongful arrest” and “libellous publication.”
“That your good office publish and tender
an unreserved apology for the wrongful arrest and unlawful detention as
well as the libellous publication of our client for no just cause on all
your online platforms and two other national newspapers,” the petition read.
“That you pay to our client the sum of one
hundred million naira only (100. 000, 000.00) being minimal damages to
assuage his already battered reputation.”
The photographer said should the EFCC fail to meet the conditions within seven days, he would go to court.