Sky source: ‘Deal as good as done’ but hinges on Dybala agreement

Manchester United and Juventus’ swap deal for Paulo Dybala and Romelu Lukaku is moving closer after Juve’s sporting director flew to London for talks.
Sky in Italy understand that Fabio Paratici landed in England for talks with United as well as discussions with both strikers’ agents “in order to reach the agreement and complete the exchange”.
One source has told Sky Sports News that the deal is ‘as good as done’ and that it will be completed as long as Dybala agrees to the switch. 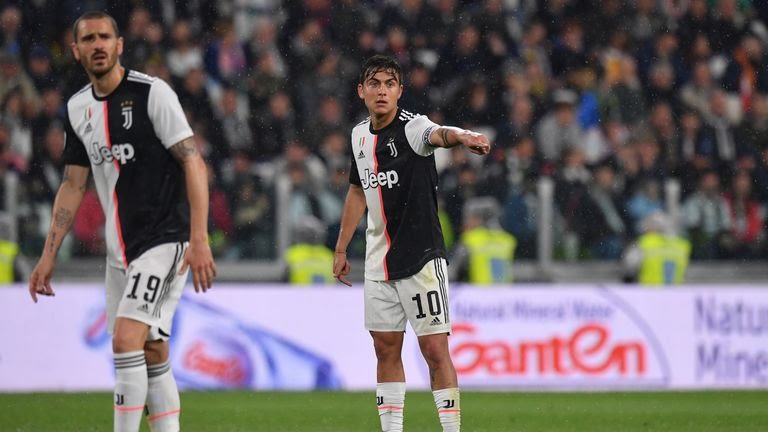 Image:The potential swap deal may hinge on whether Paulo Dybala wants to join Manchester United
Kaveh Solhekol of Sky Sports Newstold The Transfer Show: “Paulo Dybala has to agree to this. He has been on holiday in Miami and is flying back to Europe.
“He is due back at Juventus’ training ground and he will have talks with head coach Maurizio Sarri – these are going to be crucial talks.
“If it comes off, I think Manchester United fans will be very, very pleased. Ole Gunnar Solskjaer will be swapping a player he does not want for a player he does want.
“[Swapping] a No 9 for a No 10, somebody who can play anywhere along the front line.”
Related Topics:Sport
Up Next