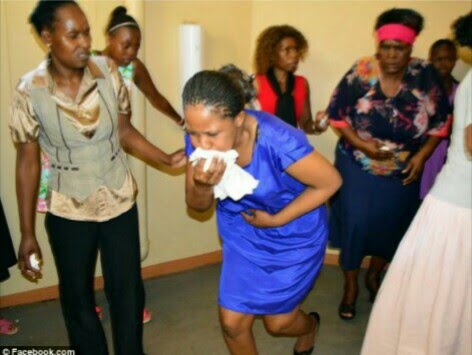 An evangelist  has been arrested for raping his faithful after convincing them that his penis contained “sacred milk”
Sobrino Valdecir Picanto, an evangelical pastor from Brazil persuaded his followers that he practiced oral sex because it was the way he preached the word, saying that his ‘milk’ was sacred.
Valdecir claims his penis is blessed and that “the Lord had consecrated with divine milk of the Holy Spirit” and of course, had to go around evangelizing.
“He convinced us that only God could come into our lives through the mouth”, a follower said, “Often after worship Pastor Valdecir would ask us to do oral sex on him until the Holy Spirit came through ejaculation and delivered funds to the church.”
Sobrino Valdecir Picanto, 59, was arrested in Apore Goiás, Brazil, for raping several women attending his church.
Valdecir defends himself by saying that “he had an encounter with Jesus in a brothel and gave him the mission of spreading the sacred semen throughout the state, beginning with the faithful Apore Assembly of which he is responsible”.
Denise Pinheiro a delegate of the region said, “Valdecir was caught red-handed while rubbing his penis in the face of a local merchant, who he promised that she would make more sales in her business due to the divine liquid.
“When we acted, Valdecir offered no resistance and even asked if I wanted to be part of the kingdom of heaven on the way to the police station.”
Note: This Incident Occured 4 Years Ago
Related Topics:News
Up Next