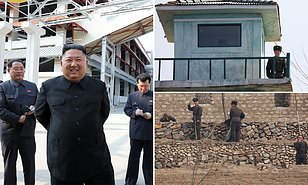 North Korea fired multiple gunshots towards South Korea after Kim Jong-un resurfaced amid speculation he had died.
According to reports, North Korean troops fired towards the South in the Demilitarized Zone dividing the peninsula early on Sunday, prompting South Korean forces to retaliate by firing back.
Gunfire broke out between the two nations when North Korea fired a series of shots towards a guard post in South Korea that borders the North at 7.41am local time, the South’s Joint Chiefs of Staffs said. 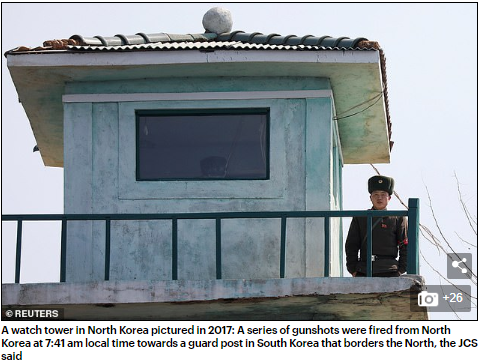 The JCS in Seoul said in a statement today that the guard post was hit by several shots from the North.
The gunfire exchange between the two countries comes a day after North Korean state media reported that leader Kim Jong-un had made his first public appearance in nearly three weeks intense speculation about his health. 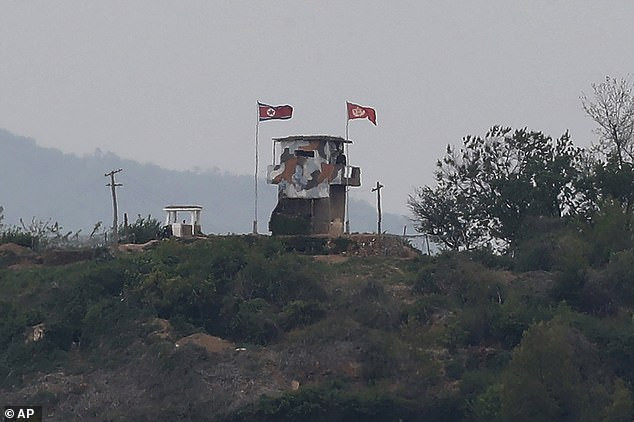 South Korea responded by firing two shots back towards North Korea, the JCS said.
‘We are taking actions via inter-Korean communication lines to grasp the detailed situation and to prevent any further incidents,’ the JCS statement read.
‘And we also maintain a necessary readiness posture.’ 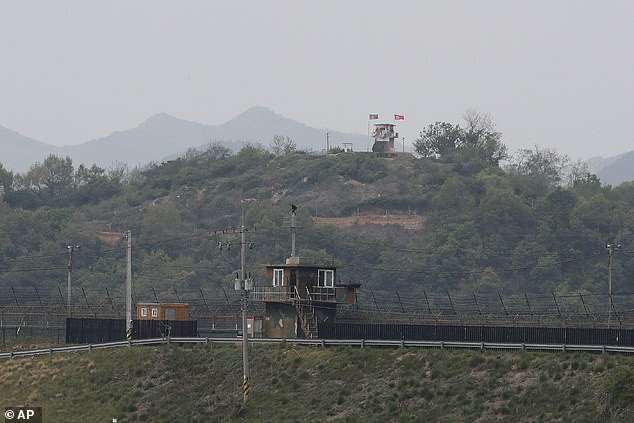 ‘Our military responded with two rounds of gunfire and a warning announcement,’ the JCS said.
The South Korean military later said the North Korean gunshots were ‘not deemed intentional’, according to the Yonhap news agency.
In a lengthy briefing held later on Sunday, an official at South Korea’s JCS said the gunshots did not seem a planned provocation.
‘In absence of vision [for the target] and in the fog, would there be an accurate provocation?’ the official said. 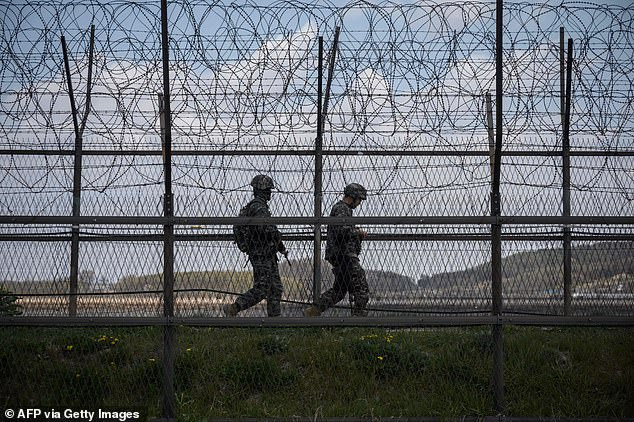 It is not clear why the rare gunfire between the two countries erupted, but no injuries have been reported on both sides, but Choi Kang, vice president of the Asan Institute for Policy Studies, said he believed the gunshot could have been planned to show that Kim was still in charge of the North Korean military.
‘Yesterday, Kim was trying to show he is perfectly healthy, and today, Kim is trying to mute all kinds of speculation that he may not have full control over the military,’ Choi said.
‘Rather than going all the way by firing missiles and supervising a missile launch, Kim could be reminding us, ”yes I’m healthy and I’m still in power”.’
Related Topics:News
Up Next

Watch video of a woman breastfeeding her puppy