Nigeria has shut down its embassies in Sri Lanka, Czech Republic and Republic of Serbia. 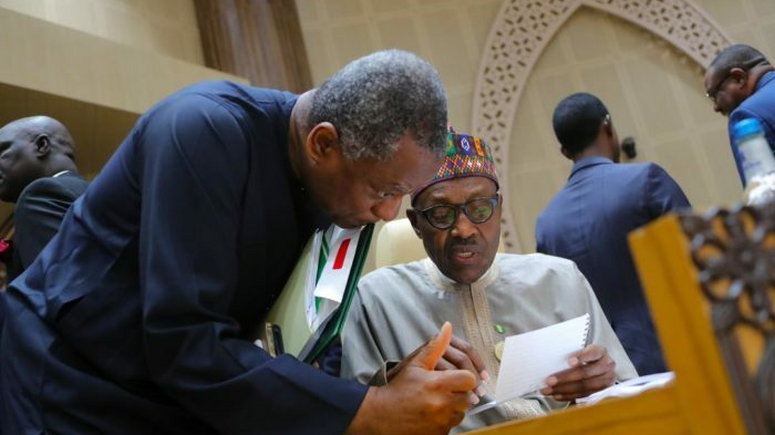 The Minister of Foreign Affairs, Geoffrey Onyeama (left), said the closure of the embassies is in line with President Muhammadu Buhari’s agenda [Green Reporters]
The Nigerian government has shut down three of its embassies abroad and downsized another one due to insufficient funds.
While speaking during a press conference on Tuesday, May 21, 2019, the Minister of Foreign Affairs, Geoffrey Onyeama, said operations have been shut down in Sri Lanka, Czech Republic and the Republic of Serbia while the embassy in Ukraine has been drastically downsized.
He said the ministry has been unable to maintain the embassies due to insufficient funds, thereby enforcing the shutdowns because they’re left in terrible states unbefitting of the nation’s status. He said, “Every embassy has written to us about their huge financial demands and when we go to these embassies we see clearly very unattractive state that does not reflect well on the country.
“Very often the staff of the embassy really find things extremely difficult. Clearly, if we want to operate on the scale and scope in which we are at the moment with over a 100 missions around the world, we need to spend a lot more.
“What I am saying is that rather than having this terrible circle of inadequate funding for missions, headquarters and so forth we have to reduce the scope.
“We should have foreign missions that we can fund, we might not necessarily close the embassies per se, it might be reducing the number of staff in the embassies.”
80 of Nigeria’s embassies abroad were not captured for funding
in the 2019 appropriation bill submitted to the National Assembly by President Muhammadu Buhari. 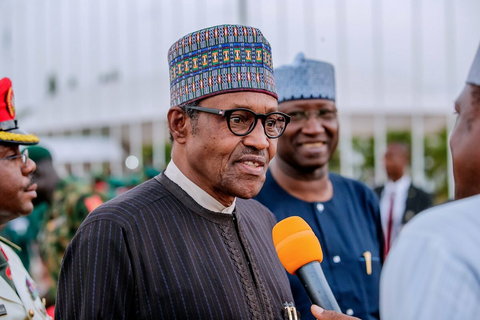 President Buhari will be sworn in for a second term on May 29, 2019 [Presidency]
While defending the budget estimate of the Ministry of Foreign Affairs before the Senate Committee on Foreign Affairs in April, the ministry’s Permanent Secretary, Mustapha Suleiman, said only 30 embassies can be funded with the capital votes earmarked in the budget.
Since he was inaugurated in 2015, President Buhari has been vocal about reducing Nigeria’s total of 119 foreign missions.
In September 2015, he announced that a committee would undertake a review of Nigerian foreign missions to determine those that are really essential so that appropriate standards and quality can be maintained.
“Let’s keep only what we can manage. We can’t afford much for now. There’s no point in pretending,” he told officials of the Ministry of Foreign Affairs.
Related Topics:News
Up Next