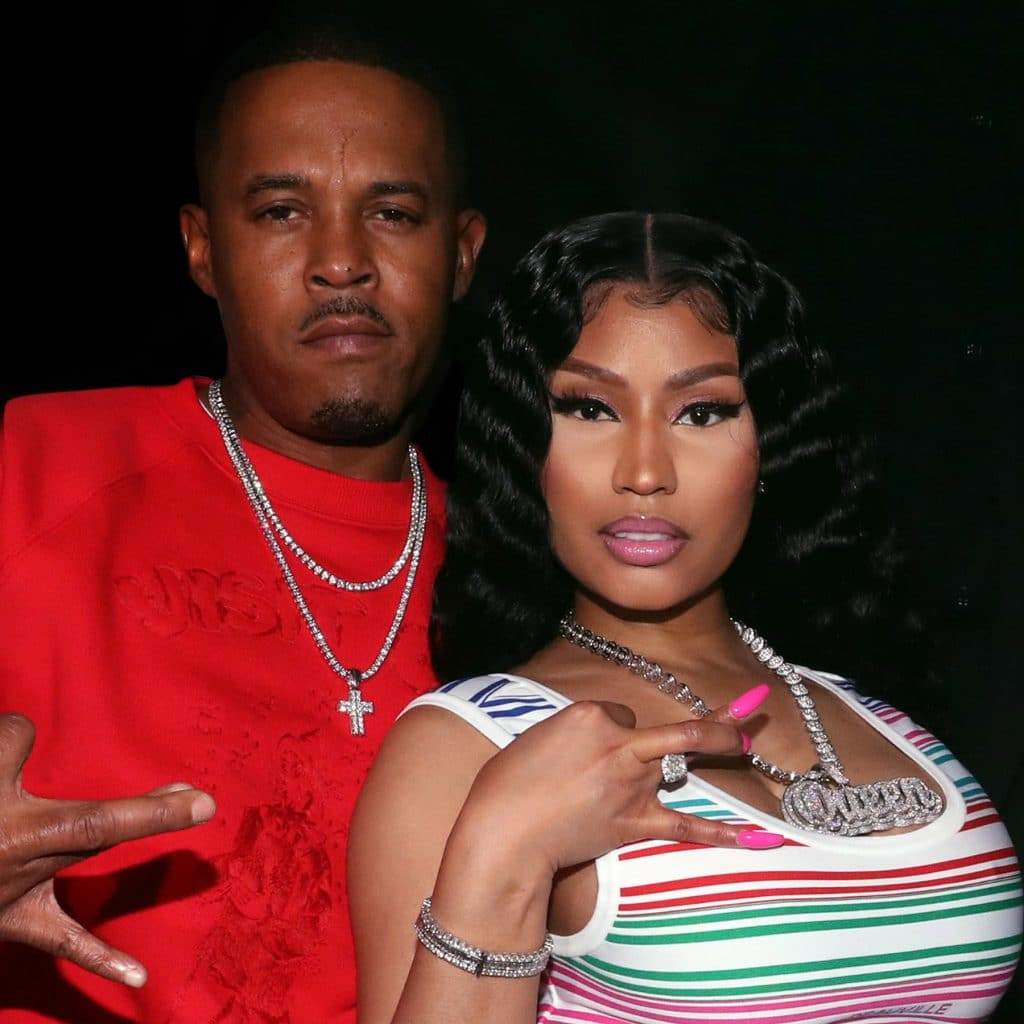 Husband to Popular Rapper, Nicki Minaj, Kenneth Petty has been arrested by U.S. Marshals for failure to register as a sex offender in California.
According to TMZ, Petty appeared in court Wednesday after he was indicted for failure to register as a sex offender
He, however, pleaded not guilty.
Initially, prosecutors wanted to place Perry under house arrest, but his attorney objected
It was learnt that Petty will now be required to wear an ankle monitor in addition to adhering to a curfew.
Petty, who will be under pre-trial supervision and has also submitted his passport.
He has also been restricted from travelling to Southern California.
He isn’t allowed to use drugs, including marijuana from legal dispensaries in Los Angeles until his next hearing is scheduled for March 23.
Recall Petty was arrested sometime in November 2019 but he was released on a $20,000 bond.
Nicki Minaj tied the knot with Petty in October 2019
Related Topics:Celebrity Gist
Up Next

‘My tattoos almost gave my dad a heart attack’ – Davido