For violating the lockdown order, the Minister of Communication has been dragged to court and forced to pay a fine. 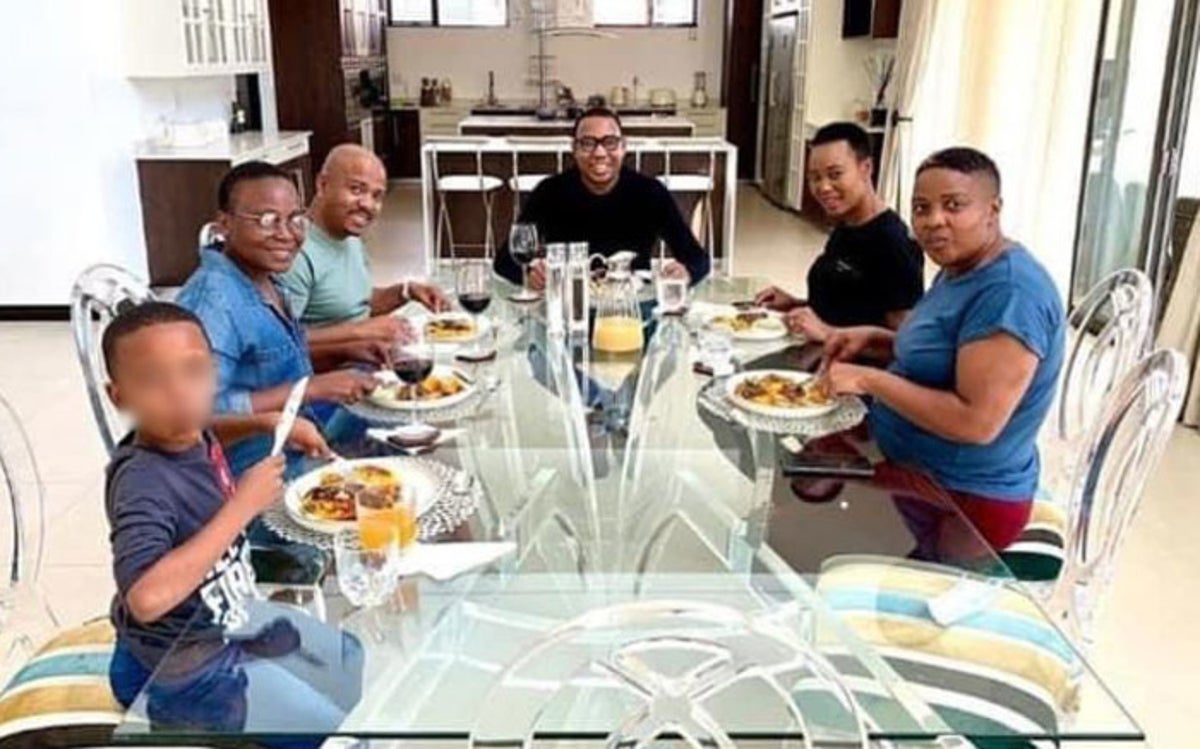 Ndabeni’s photo that violated lockdown order
South Africa’s Communications Minister Stella Ndabeni-Abrahams has been charged to court after violating lockdown order.
She has pleaded guilty and paid a R1 000 fine for contravening lockdown regulations, reports in the country confirmed on Wednesday.
According to News24, this comes after President Cyril Ramaphosa earlier in the month placed Ndabeni-Abrahams on special leave and directed police to investigate after a picture emerged on social media of her having a meal at the home of former deputy minister of higher education Mduduzi Manana during the national lockdown.
The post, which appears to be a screengrab of Manana’s Instagram page, showed the two politicians and several others seated at a table.
Ramaphosa then summoned Ndabeni-Abrahams to a meeting where he expressed his disapproval and told her she had undermined lockdown regulations which required all citizens to stay at home to curb the spread of Covid-19.
NPA spokesperson Phindi Mjonondwane said on Wednesday that the minister had unlawfully and intentionally failed to remain confined in her place of residence by visiting Manana’s home.

“The investigations revealed that the visit was not for purposes of rendering essential service or obtaining essential goods, collecting a grant or seeking medical attention as per requirements of the Covid-19 regulations.”
Mjonondwane confirmed that Ndabeni-Abrahams now had a criminal record.

“The police investigation shows a contradiction in Manana’s and the minister’s earlier explanation for the visit. Manana said Ndabeni-Abrahams had dropped by his private residence to collect gloves, masks and hand sanitisers, which was a donation to students working on Covid-19 digital services,” she said.
Ramaphosa had said that he was unmoved by the “mitigating factors she tendered”.
The NPA said the minister’s penalty should send a message that all citizens were equal in the eyes of the law.
Related Topics:News
Up Next