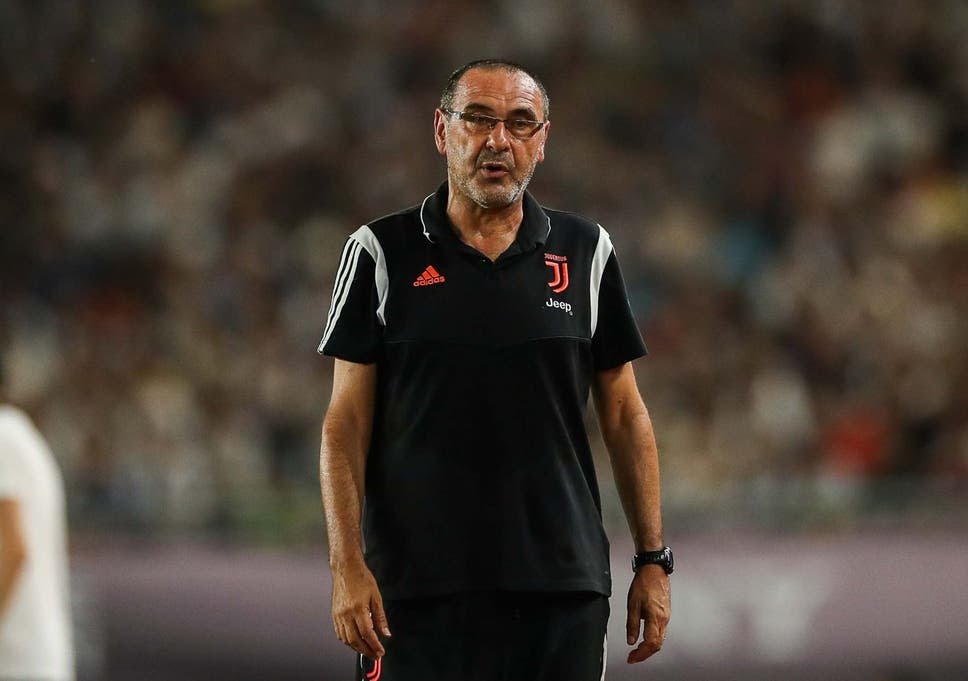 Getty
Juventus have confirmed that manager Maurizio Sarri is suffering from pneumonia, causing him to miss the club’s friendly against Triestina over the weekend.
The former Chelsea underwent further tests on Monday afternoon after being struck by a lingering flu early last week.
“Maurizio Sarri, after having observed rest over the weekend, was at the JTC Continassa today where he coordinated the work of his staff,” Juventus’ statement revealed.
“Unfortunately, he could not conduct the training on the field due to the persistence of his flu, which struck him over the course of last week.
“In the late afternoon, he underwent further tests that confirmed he has pneumonia, for which specific therapy has been prescribed. The coach has authorised the club to communicate his state of health.”
Juventus travel to Parma for their Serie A opener on Saturday and it remains unclear if the club’s new manager, who replaced Max Allegri in the summer, will be able to take charge of the match.
Related Topics:Sport
Up Next

Questions And Answers About NYSC PPA What is NYSC PPA?