The killer of a doctor’s son in Bauchi state have been apprehended after using the money to buy a car and iPhone. 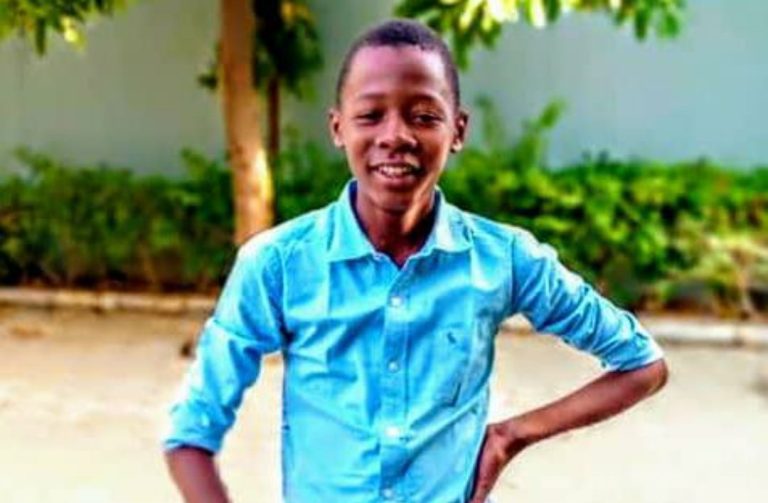 Abubakar Sadiq Suleiman was brutally murdered despite ransom paid
A kidnapper, Muhammed Jibrin, 19 has been arrested for abducting and killing the son of a medical doctor in Bauchi.
It was gathered that Dr. Sulaiman Auwal’s son, Abubakar Sadiq Sulaiman was kidnapped and killed after he recognized the faces of his abductors.
The father had already paid ransom.
His body was later buried in the kidnapper’s compound.
Speaking on why he decided to kill the young man after collecting ransom, Jibrin said:
“The child we kidnapped lived in the same area where we live. Our intention was just to use him to get ransom, but things went bad when he saw our faces. So one of us suggested that we kill and bury him. After killing him, we buried him beside our house so that nobody will know.
“The Benz you see was bought by one of us (Suleiman Jamilu, one of the kidnappers) with money from the N5 million ransom we got from the doctor. We really didn’t intend to kill the boy, it just happened,”
A police statement read, “On 09/04/2020, one Dr. Sulaiman Auwal ‘m’ of Ibrahim Bako, behind AYM Shafa Filling Station Bauchi, reported that he received a phone call from an unknown person stating that they had kidnapped his son, one Abubakar Sadiq Suleiman ‘m’ 19yrs old and demanded the sum of ten million naira as ransom.

“Upon receipt of the report, detectives from the Anti Kidnapping Unit swung into action and arrested the following suspects; Muhammed Jibrin ‘m’ AKA Al-amin 19yrs of Ibrahim Bako behind AYM Shafa Filling Station, Bauchi.

“He confessed that on the 04/04/2020, he and one Abdulrahman Sulaiman ‘m’ 29yrs criminally conspired, killed and buried the victim, Abubakar Sadiq Suleiman in their compound, and that they used part of the ransom paid through his account to buy Mercedes E320 4matic at the cost of one million six hundred and fifty thousand naira (N1,650,000), and iPhone mobile phone at the cost of one hundred and fifty-six thousand naira (N156, 000).”
Related Topics:News
Up Next