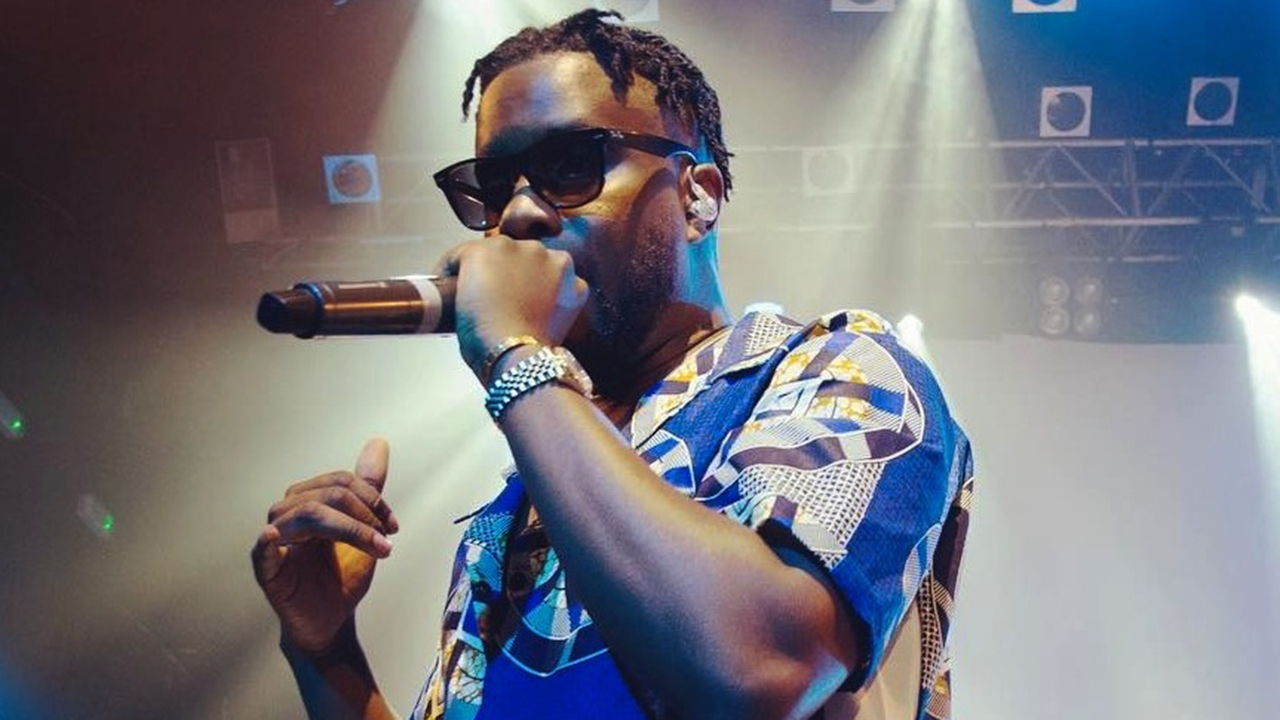 Literally there is no dispute that women, particularly girls, run the
world. In the music arena, when an artiste’s sound inspires the female
gender, and his or her songs are on their replay, the success of that
artiste is certain.

From his break into the Nigerian music industry in 2012 with Wizkid
on the track The Matter, music producer turned performing artiste,
Maleek Soyebi, popularly known as Maleek Berry has continued to win the
hearts of music lovers not just in Nigeria but also across the globe
with the beats he creates in music production and songs he churns out.

In an industry laden with bandwagons singing to any particular
trending vibe, Maleek has continued to stick to his game, upping the
ante and releasing pop-like R&B singles that could make it to Hot
100 billboard songs. Like a wildfire, his #Berry sound significantly
continues to spread across age grades, even as his legion of audience
continues to grow geometrically.

With a name that is now a household, and having created timeless
music that will hopefully last longer than his generation, the Star Boy
Entertainment artiste, as one of the leading figures of the Afrobeats
movement, which is taking the world by storm, will lead a talk for the
African music at the Midem African Forum, which will put a spotlight on
the Nigeria music market as well as the UK, at the grand finale schedule
to hold in Cannes, France from June 4 – 7, 2019, as this year’s
ambassador for the forum.

Having produced for some of the most exciting artistes today, from
Davido to Wizkid, Jidenna and Ycee, he is perfectly placed to deliver an
exclusive Q&A session during the afternoon session on Wednesday,
June 5.

During the Q&A, the entertainer will discuss his experience and
international development. He will also share his vision on the growth
of the African music industries and the opportunities and challenges
faced by African artistes in the continent and beyond.

“I’m excited to be taking part in Midem this year, especially to be
leading a talk for the African Forum, which will put a spotlight on the
market back home as well as the UK where I’m based. We will have real
conversations about the business and finding your truth,” he said.
Monitoring Maleek’s continuous conquest in the music industry, any
die-hard music enthusiast knows for a fact that the music producer turn
singer’s rise to stardom wasn’t out of the blue, as every music note he
makes seems to come with a divine feel. Every single released by him or
that has his production imprint have lived to become monster hits.

It appears he is operating on a supernatural level. His December 2017
show, which witnessed overwhelming turnout at the Hard Rock Café, was
likened to a trophy parade of a ‘Grand Slam’ winner or a ‘Champions
League’ winning team.

BORN on August 11 in the heart of South London, the beat maker grew
up listening to classics from some of the biggest names in the music
world such as the king of pop, Michael Jackson, Tevin Campell, Boyz II
Men, and Jodeci among others.

Although he had always loved and practiced music, he took it a notch
higher by creating a rap group in his local church with two close
friends. With his hand on a little pre-production setup, Fruity Loops,
the group began writing, producing and performing their own songs at the
ages of 14 and 15, only to be disbanded at 16.

Rather than being disillusioned and deterred by the disbandment, his
experience sparked his ever-growing love of the music industry, hence
his introduction into music production, as he was the brain behind the
group’s many records.

“I started teaching myself how to produce and I was the one producing
the music for the group, writing the hooks and that’s how I just fell
in love with production,” he said.

According to him, everyone in his family always knew he would go into
music one day, although they insisted he must conclude his university
education, before going ahead to pursue a career in music.

Describing his style of music and what comes to mind when writing his
songs, the Computer Science graduate said, “music is a mixture of all
of the sounds I grew up listening to, merged into one. Whether it’s
R&B, Reggae, Hip-hop or Afro-pop, I will always find ways to bring
these worlds together when making a record. I don’t like to over think
when creating music, I make the beat and find the melodies within the
song almost instantly.

As a creative soul, the music production impresario explained that he
knows how to take off his artiste hat. “When I’m producing a song, I
like to see myself as a servant. I take away the pride because it’s all
about the artiste and it’s all about helping the artiste become a bigger
star than they already are.”

On his sound evolvement, Maleek says, “I feel a lot more comfortable
as a songwriter, which allows me to be more open in my story telling and
write about broader topics. That in itself pushes me to evolve my
sound, but at the same time still hold on to what makes me who I am,
which is the groovy, yet minimal sound I have been known for.

Having worked and produced records for some of UK hottest acts
including S.A.S, Bigz, Scocher, and Jermaine Riley (formerly FDM), among
other, Maleek was not satisfied with only working on his home turf, he
wanted to spread his wings to the motherland. Hence, in the summer of
2011, he flew in from London to Nigeria for a family holiday.

Whilst on the holiday, he took advantage of the trip and make great
connections that would later change his status to an international
producer. As a good friend to the ‘30 Billion’ artiste, Davido, Berry
also spark a relationship with MOBO 2017 Best International Act, Wizkid,
Sauce Kid, Naeto C, Wande Coal and there were records to show for the
relationship.

His production imprint was felt on Sauce Kid’s Carolina featuring
Davido, and this help ushered back Yebariba crooner back into the
Nigerian music scene after a brief hiatus.

With his 2013 hit single, The Matter featuring Akerele-Shitta,
Surulere bread act, Wizkid, Maleek has gone on to produce other
critically acclaimed hits such as Baby Hello by Wande Coal, Lagos To
Kampala by Runtown featuring Wizkid.

The last quarter of 2015 was another big one for him as he went on to
executive produced Nigerian star Wande Coal’s highly anticipated
sophomore album Wanted, which earned him respect in the music industry
across the Africa continent. Not only did he produce nine songs on the
album but also managed to nab a feature on track 11 titled Weekend,
which became a favourite with the ladies.

After building a solid production catalog and name for himself in the
industry, October 2015 marked a major shift in Berry’s career as he
took center stage with his first official solo release as an artiste
entitled For My People featuring UK rapper Sneakbo.

With positive reviews, an official video was released in January 2016
and play-listed on MTV Base UK, MTV Base Africa, and among stations in
Nigeria. The video of the song reached a hundred thousand views online
within four weeks of its release, giving him a massive introduction.

In April same year, he released the self-produced smash hit Control,
which was not only widely accepted but became viral on the internet,
gathering millions of streams online across different platforms. The
official video was released on his birthday in August and managed get
over hundred thousand views in less than a week.

Later on in the year, he released an extended play (EP) titled The
Last Days of Summer, clearly introducing himself as a performing
artiste. The EP puts together some of his impressive singles including
Control and Eko Maima.

For his tenacity, he was nominated in the ‘Music Producer of the
Year’ category at the 2014 Nigeria Entertainment Awards. In 2017 he was
nominated in the Best Male and Best Africa Act categories at the annual
MOBO Awards.

Lyrically: An Open Letter To Nigerians and Artistes