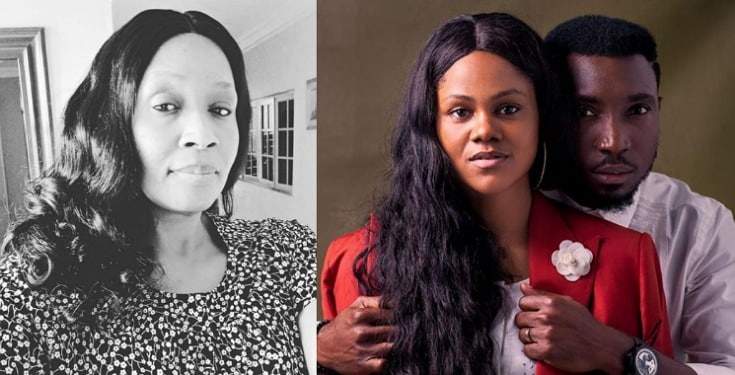 Investigative reporter, Kemi Olunloyo has officially stated via her Instagram page thatBusola Dakolo‘s rape acusation against Pastor Biodun Fatoyinbo of Coza is a sham and a plot by her husband, Timi Dakolo to make Pastor Biodun step down.

According to reporter Kemi Olunloyo, Busolawas allegedly raped in a doggy style by someone else in the bush on her way to drop her off from baby sitting, but definitely not Pastor.

Kemi alleged that Busola‘s statements were scripted lies and they were stolen from ‘Pastor Andy Savage‘s ordeal with a youth in America’ who he drove home and sexually assaulted.
Their plan however failed, because from their script, Pastor Andy stepped down, but Pastor Biodun is still standing strong.

Kemi further stated that Busola claimed her sexual ordeal with the pastor of Coza messed up her ‘marital sex life’, yet she has three children for Timi and even celebrated her anniversary vibrantly.Kemi concluded her post, saying that Busolashould keep disgracing herself on orders of her husband Timi Dakolo.‘continue disgracing yourself on orders of your husband. God is watching’, she said.See her post below; 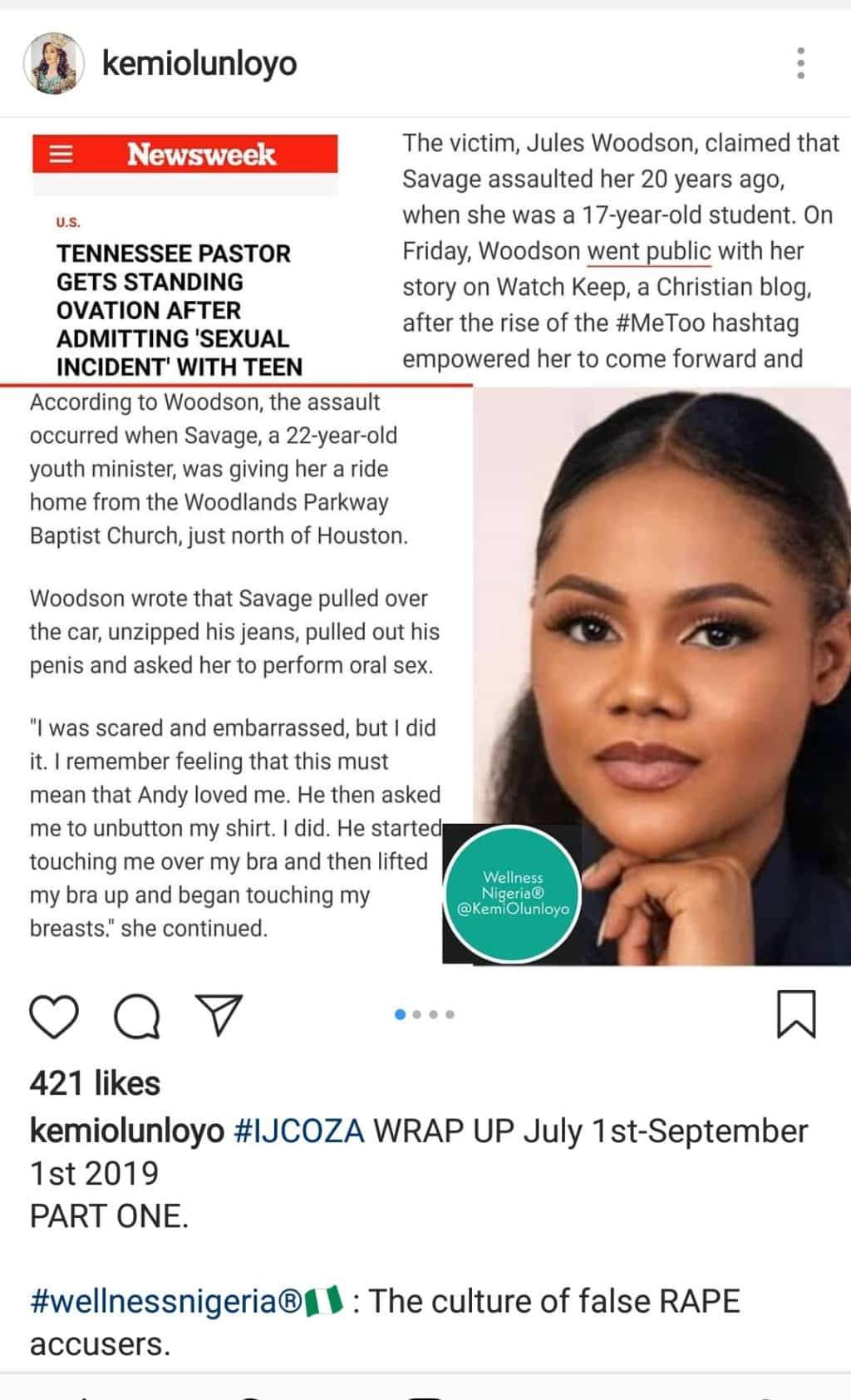 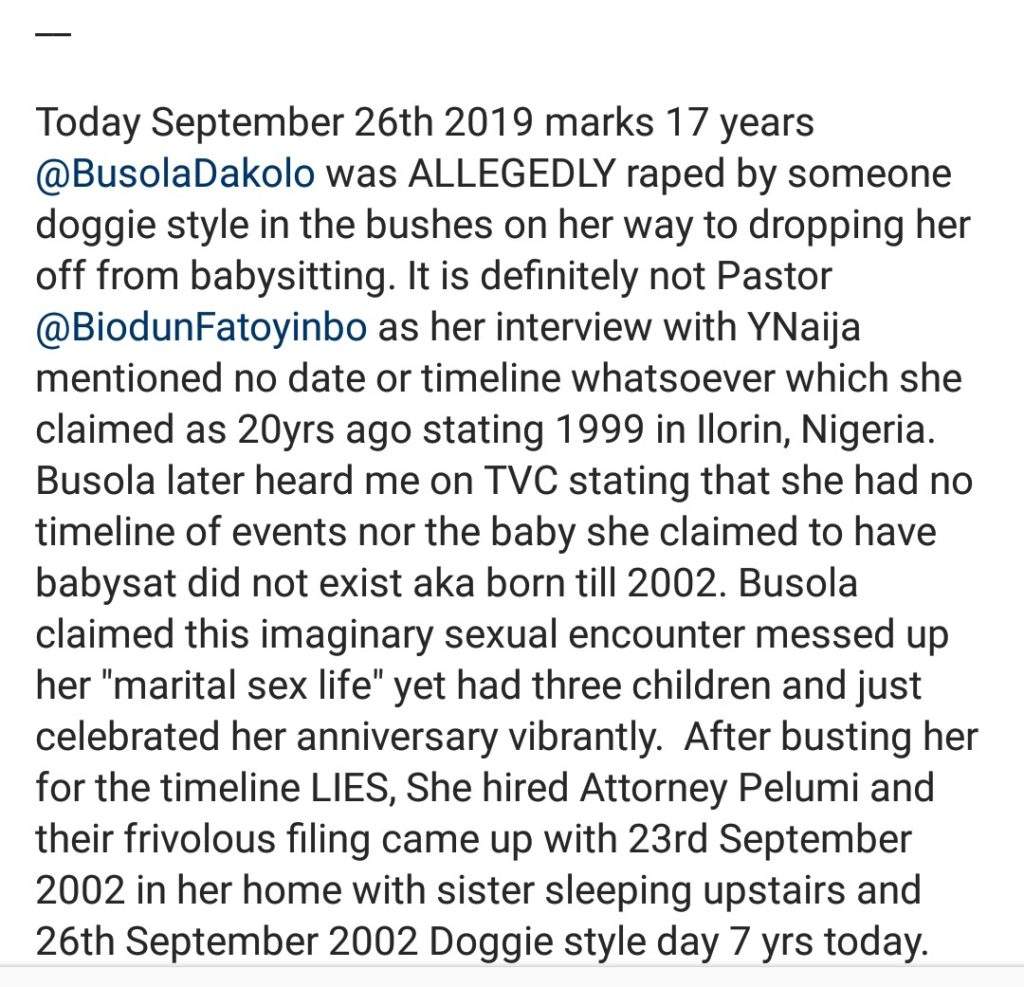 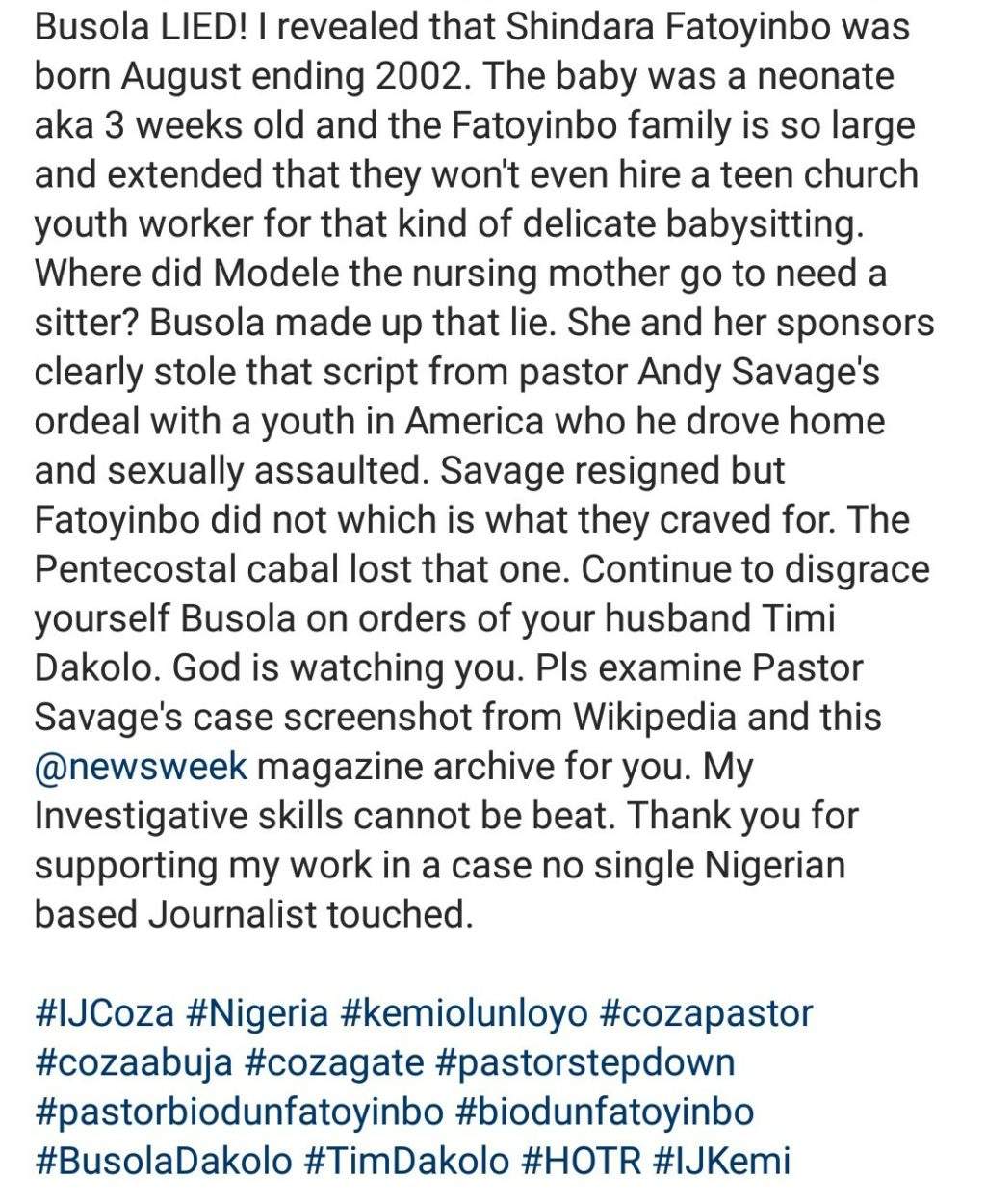