The governor says he only intends to address the plights of widows and divorcees in Bauchi state not unmarried women. 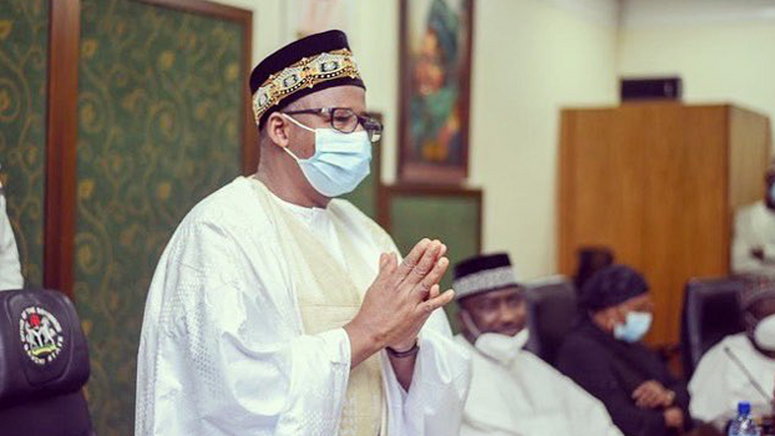 Governor Bala Mohammed has described his recent appointment of a Special Assistant on unmarried women affairs as a clear mistake of the head.

The Governor said the appointment of Balaraba Ibrahim was meant to address the plights of widows and divorcees in the state and not unmarried women.

In a statement by Mukhtar Gidado, his Senior Special Assistant on media on Saturday, August 8, 2020, the governor said the word ‘unmarried’ was mistakenly added in Ibrahim’s letter of appointment. 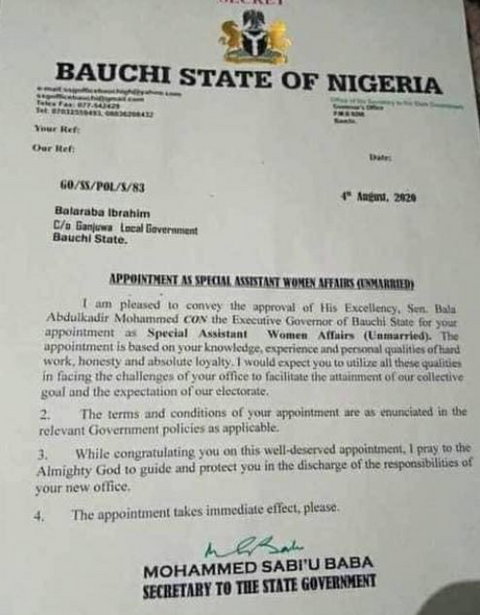 The governor said he decided to open a channel of communication for widows and divorcees in the state, following a series of petitions he received from such women in the state.

He said widows and divorcees constitute a significant segment of the state’s population and creating a communication channel for them could help in addressing their plights.

The statement reads, “After due consideration and in keeping with his campaign pledge not to leave anybody behind, the governor graciously acceded to their request hence the appointment of a special assistant on women affairs, with the specific responsibility of handling matters related to widows and divorcees, not “unmarried” women.”

“Unfortunately, while producing it, the word “unmarried” was inadvertently introduced into the letter. This is a clear mistake of the head; not of the heart which the Government sincerely regrets.

The governor also apologized to all women in the state, while urging the people of the state to put the matter behind them to achieve his administration’s goals for the state.

“Governor Bala Mohammed is sincerely pained that this error could have caused the women of Bauchi state and elsewhere, considerable distress and embarrassment.

“He has therefore directed that his personal apologies be conveyed to all women of Bauchi State, particularly the widows and divorcees whose interests he has vowed to protect and advance, always.

“Finally, governor Bala Mohammed enjoins the good people of Bauchi state to put this matter behind us so that, together, we can sustain the achievements that have been recorded, so far, in diverse areas such as youth empowerment, infrastructural development, rehabilitation of schools and primary healthcare centres, amelioration of the plight of senior citizens and retirees and the harmonious relationship between the executive and the legislature.