Apple is said to finally unveil the rumoured Apple Glass at an event on October 27. 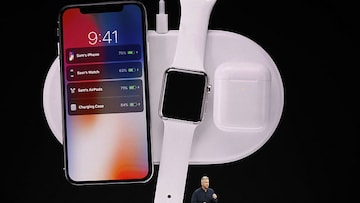 iPhone 12 models may debut on September 8 according to a tipster on Twitter. The tipster claims that Apple is planning for an online event for September 8 where it will showcase the new 5G iPhone models, the new Apple Watch, and a couple other products. Additionally, the tipster also stated that the tech giant has another event planned for October 27 where it will unveil an iPad Pro and its MacBook models powered an in-house processor. It is also unclear if the October event will be held online or with people present physically.

As per the tweet by tipster iHacktu Pro, Applehas two special events lined up for September and October. The September 8 event will supposedly bring the highly anticipated new 5G iPhone 12 models, or whatever they end up being called, as well as the new Apple Watch. The tipster adds that Apple will also unveil the AirPower – a wireless charging pad – that was cancelled back in March of last year. Additionally, the company may also announce a new iPad and while the tipster does not state which iPad it will be, the iPad Air is due for a refresh.

At the rumoured October 27 event, Apple is said to launch a new iPad Pro, presumably the rumoured 5G iPad Pro, which was earlier reported to have been postponed to 2021. The tipster claims that the new MacBook and MacBook Pro 13-inch will also be unveiled with Apple’s own in-house developed silicon. To recall, at WWDC 2020 in June, the company announced it would be transitioning its entire Mac lineup to its own in-house processors, instead of using Intel CPU like it has been doing for the past several years.

Lastly, the tipster claims that the Cupertino giant will unveil its rumoured Apple Glass as well at the October event. Leaks about the mixed reality glasses have been on and off in the news and it looks like Apple has finally decided to show them off. Back in May, a leak hinted at the design and features of the rumoured Apple Glass and also mentioned that it would cost $499 (roughly Rs. 37,300).Promoted: In the Store

As of now, Apple has not shared any information on either of the events so this piece of information should be taken with a pinch of salt.

In an official tweet, web3 music streaming platform, Loozr just announced their partnership with Near Protocol, a climate neutral high speed, and low transaction fee layer-1 blockchain platform, to work on a multi-chain universe for creators and music lovers.

In recent times legacy music streaming services like Spotify and Apple music have being under scrutiny for under paying creative despite riding on their backs to achieve product market fit, a very big problem Loozr wants to solve.

As perks for building your business on FinRik, you can now get free device protection plan & repair support for your business devices.

Chowopa wants to change the way we order meals!

At 17 Anthony was building WordPress websites for people, months before he launched a marketplace where vendors meet prospective buys, fast forward to now, still building but in a much more mature way! Anthony was like starting that early made me face some challenges that were abit above my age but learnt, and I’m using that to build better now!On a cold night in August 2021, after coding all day Anthony was hungry, but couldn’t get a place to order food, nobody was willing to make the runs, he went to bed hungry, the next day he had to leave the comfort of his off campus hostel to get a meal, a walk he saw as a big waste of time.

After a Friday lecture, Anthony was talking to himself “Omo another day to start looking for restaurant” when a friend said it out loud, the topic unexpectedly lead to a loud conversation with everyone recommending a restaurant some are too far , some expensive some are sold out, this was a wake up call to Anthony who went ahead to start building Chowopa that weekend! The rest they say is history.Chowopa (a subsidiary forMaax’s store) is an online fooddelivery service that connects youto restaurants around your location bringing the best mealswithin your reach. The software makes it Pretty easy you gain access to various cuisinesthrough Chowopa platform.order for the food of yourchoice and get it delivered toYou on payment.