Manchester City football star, Raheem Sterling has recounted his encounter with racism as a young man. 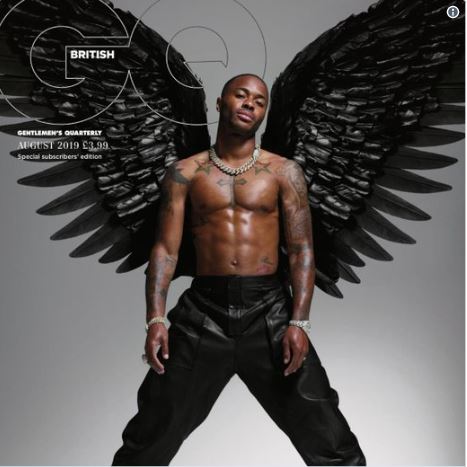 Raheem Sterling
Raheem Sterling, Jamaica-born Manchester City footballer, has recounted being headbutted and called the n-word as a teenager in Liverpool.
In an interview with Alistair Campbell for GQ, the 24-year-old English football player revealed that the first time he encountered racism was while walking home from school in Liverpool, England.
“The first time I ever got abuse was in Liverpool. I had just been bought from QPR. Someone called my name – my full name – so I thought, ‘Oh, they probably know me.’ At this point, people were starting to recognize me a bit,” Raheem narrated.
“He says, ‘Can I speak to you for a second?’ I said ‘Yeah, no problem.’ So I walk across the road and then he says the n-word and he head-butts me. And I was scratching my head thinking, ‘Did he just do this?’ And then I took care of the rest.”
Raheem, who once registered his displeasure at how a newspaper criticized a black football player for spending £2.25million on a mansion, expressed concerns at how newspapers portray black players.
“The subtle messages newspapers use has had a massive effect on how the public perceives lots of young black players. You start associating the words ‘bling’ at the end of sentences, you start associating subtle words,” he said.
“So people think, ‘OK, this person is this sort of character.’ If the public doesn’t see you on a regular basis and don’t know you, that’s what their perception of you is going to be.”
The interview was done on the back of a stunning photoshoot, which saw him pose in dramatic black angel wings while shirtless, under the headline ‘Guardian Angel’.
Related Topics:Sport
Up Next