Burna Boy missed the moment to collect his award for the 2019 Best International act at the 19th BET awards and here’s why.
Burna Boy has revealed why his mum collected the BET award on his behalf despite attending the awards ceremony.
In a tweet shared by the music star on his Twitter page on Monday, June 24, 2019, the singer said he was out to get himself a drink when his category was announced.
“Funny enough I went to Get a drink! I would have collected this one,” responding to why his mum got the award on his behalf.
Burna Boy was among the list of artists who went home with awards at the BET Awards which took place on Sunday June 23, 2019, in the United States of America. 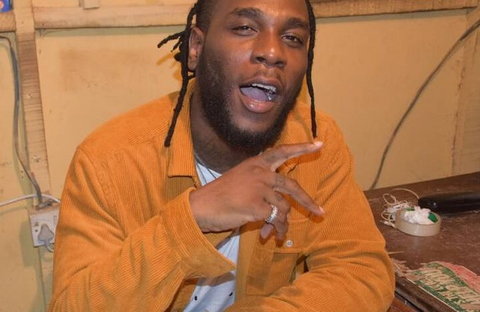 Burna Boy was among the list of artists who went home with awards at the BET Awards which took place on Sunday June 23, 2019, in the United States of America (VIBZN)