The likes of Davido, Wizkid and Tiwa Savage are pushing Nigerian music to new heights on the global stage [Pulse]
It’s 2019 and Nigerian music is making visible inroads on the international stage and is increasingly becoming the fancy of the global media.
Since the late 90s, the Nigerian pop scene has witnessed an evolution transcending what could have been imagined when the early groups like The Remedies, Plantashun Boiz and Trybesmen infiltrated it with the new vibrant sound, but never before has it gotten as much attention as now, especially on the world stageLast year, we celebrated the likes of Wizkid when he sold out the 20,000 capacity O2 Arena becoming the first African artist to achieve such a feat and Davido who crashed the internet with images of his show in far away Suriname. 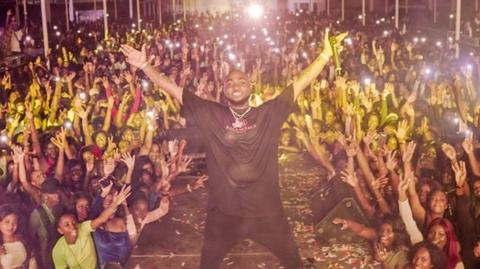 Davido in Suriname [BBC]
Davido in Suriname [BBC]
There is also Yemi Alade who continues to make giant strides on the African continent and enjoyed a successful European Tour, while Tiwa Savage enjoys a deal with Jay Z‘s Roc Nation.
Ever since D’banj‘s ‘Oliver Twist’ in 2011, a different eye has been cast on Nigerian music from fans across the globe waking up to the striking sound.
Afrobeats slowly began to edge its way into prominence as the major genre by which the Nigerian sound will come to be referenced and portrayed.
The recent effusion of technology and social media in the past decade, with the more aggressive marketing and promotional placement tools in play has given a lot of people a wider window into exploring not just our music but the culture.
‘Ojuelegba’ can be confused for a street in UK with the amount of times it gets played at clubs, while Davido’s ‘Fall’ was the Most Shazamed song in the US in 2018.
It became cool to be a Nigerian once again, the dance styles were on display in the most remote places and the slangs that came from the culture became hippy terms by which a vast majority could communicate beyond the barriers.
It was only a matter of when and not if this movement would get its due recognition especially with the western media, which is in constant search of the next big thing, the emerging industries and where the future sounds are coming from.
There was a time the focus was on Jamaican sounds, then Korean pop [K-Pop] became a thing, there have even been timely flirtations with music from the South African scene, but the spotlight is fully on the Nigerian scene at the moment.
With the very diverse sonic sounds of the present Nigerian music industry, the disruptive and resilient nature of the individuals that have made the music a significant driver of pop culture conversations, it has made it more exciting and attractive to the larger audience.
Over the past few weeks, there has been an increased number of center stage articles and spotlight feature stories on the Nigerian music industry across various renowned international platforms.
”Of course, they can’t sleep on Nigerian music really, the music is going global,” saysDami Ajayi, in-house music critic at This Is Lagos while sharing his thoughts on the topic.
”They are also trying to curate for their own diverse audio the local materials out of Nigeria.
Our musicians are really hot, playing at international shows, concerts and festivals. It is bound to happen, even if whatever they do is a bit tokenistic” he opines.
However, something else is happening. Something more extensive is unraveling. The stories are now been told from a broader perspective. 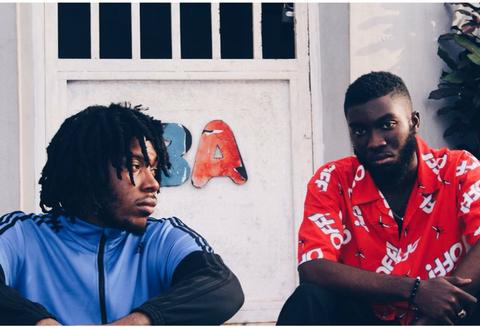 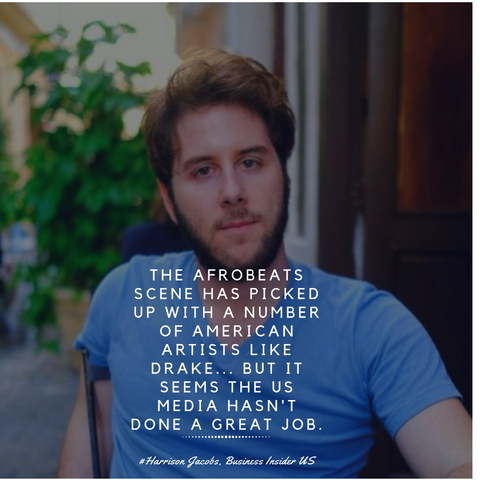 Harrison Jacobs of Business Insider US speaks on his visit to Nigeria [Pulse]
Harrison Jacobs of Business Insider US speaks on his visit to Nigeria [Pulse]
”I heard a lot about the culture scene that is building in Lagos, so I think it’s of natural interest to the local audience.
I think that the Afrobeats scene has started to pick up with different American artists like Drake and few others, but from what I have read in my research, it seems the US media haven’t done a great job of covering it.
When I heard about the ‘Alte’ scene, it sounded like a perfect thing for us to look at… I listened to the music the other day and I already liked it. They reminded me of artists like Rockhampton and Kevin Abstract.”
Another name that pops up in conversations to why the buzz is taking a more intense form in recent times is the emergence of something similar to a third force, someone bringing something different to the table, but this time on the business side and adding substance to the noise. That is Mr Eazi. 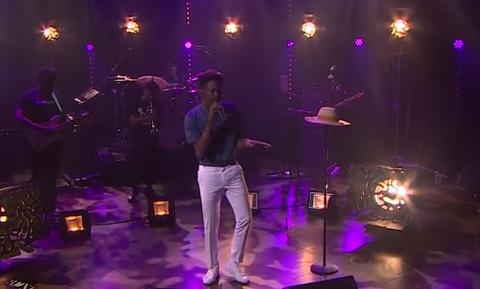 Mr Eazi performing on the James Corden Late Late Night Show in 2017 [Night Show]
Mr Eazi performing on the James Corden Late Late Night Show in 2017 [Night Show]
While the likes of Wizkid and Davido have gained vocal praise for their much-publicized progress, another person whose ‘silent moves’ is attracting almost equal outcome is the Banku Music boss.
Mr Eazi’s rise has been phenomenal and strategic. Using data as his compass and following clear patterns, he has been able to position his brand in his quest for global domination.
The streaming numbers since the release of his sophomore studio project, ”Lagos To London” is one that many artists can only dream of and in this internet age, numbers are fast becoming the ultimate currency.
He has also been able to prove that if well marketed and consciously planned, a Nigerian artist can move good units globally and this is the ice breaker that everyone wants to tap into.
According to talent manager Godwin Tom, Mr Eazi through his conversations with investors is rebuilding confidence and opening doors for Nigerian music that even he is not fully aware of.
”Somebody who is able to show you how your money adds up and how your revenues can actually stack when compared to other economies.
His knowledge of the business, he is helping people see the light. He is basically applied quite a lot of business principles and the only reason why anyone will invest is because they know they can recoup,” he concluded.
While there is still so much work to be done, the industry is shaping up to be the next global music production machine with an incredible roll-out of distinct and catchy anthems now backed by well coordinated digital presence, the formula to crack the international scene fully seems to have been found.

Drake in the studio with Tekno [Capitalxtra]
Drake in the studio with Tekno [Capitalxtra]
However, as much as these positives are compelling as it presents a win-win situation for the artists and the industry as a whole, there are a few dark spots that perhaps should not be overlooked.
On one hand, there is the argument that these stories can be told better by Nigerians who have the first-hand experience of this evolution and connect with the artist’s stories better.
Dami explains, ”The guys who are here would do a better job than even flying someone done here, who is going to spend three days, attend a concert and write a definitive piece just because of the weight and stature of the magazine he writes for.
It is despicable, but we take it in our strides. We need to read our own guys while we also improve ourselves and the quality of what we are offering.”
There are also some who are of the opinion that this attention, especially for the lesser established acts may lead to them over-estimating their creative reality, focusing less on quality music, and creating a market first in Nigeria which should serve as their launch pad to global charts dominion.
The future looks exciting for everyone associated with the industry, the signs are telling, and one can only hope that the limelight stays on the industry for a longer time.
Source: Pulse.ng
Related Topics:Music
Up Next

Mayorkun Is Very Thankful In The New Video For His Catchy Jam, ‘Sope. Download Video