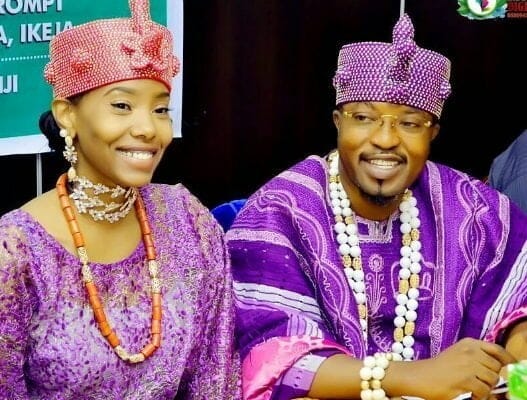 The Grace-to-Grass story of former queen of Iwo kingdom, Chanel Chin seems to be changing for the good.
The Jamaican queen, who was wife to the Oluwo of Iwo kingdom, Oba Abdurrosheed Adewale Akanbi Telu 1, was sent packing from the palace last weekend alongside her child without food or money to embark on a trip to Lagos from Iwo where she would head for Canada.

The embattled queen who arrived without a penny to Lagos was said to be seeking help from friends and associates.
Kemiashefonlovehaven gathered that already, Chanel Chin has started getting help from well-meaning Nigerians and she is currently being accommodated in a very good hotel in Lagos with her toddler, Oduduwa.
“Help came her way through people who knew her and the king when the going was good,” disclosed a source to Kemi Ashefon.

Meanwhile, the nonchalant attitude of the Oluwo of Iwo to his daughter also raises concern. Not only has he abandoned the princess, he hasn’t bothered to inquire how both mother and daughter are faring when he sent them away empty. 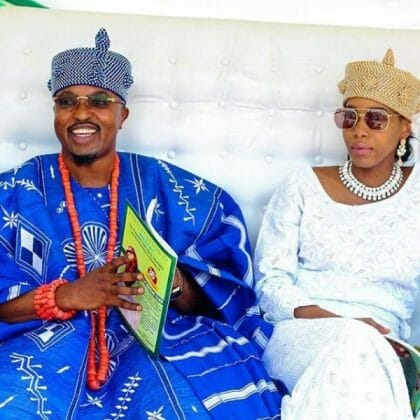 “Even if he has declared her an ex queen, has he forgotten that she was once his queen? Hope he knows Chanel Chin is not a Nigerian? Chanel Chin has nowhere to go except her country Canada. But she would need funds for tickets and also needs money for her daughter, Oduduwa’s upkeep. She has refused to talk about what transpired between her and the former husband,” said sources.

Chanel Chin was once the monarch’s favourite and he even gave her a crown in the palace. His eulogies of the queen, when the union was intact, knew no end and he was always dotting on her.
Born in Canada but raised by a British mum and a Canadian father, Ms Chanel Chin ceased to be a queen, when on Sunday the King announced her stool vacant.
In a statement by the Chief Press Secretary to Oluwo Palace, Alli Ibraheem, the monarch said Chanel has ceased to be his queen due to an irreconcilable difference.

The statement reads:
“This is to inform the general public most especially friends and associates of the Oluwo of Iwoland, His Imperial Majesty, Oba (Dr.) Abdulrosheed Adewale Akanbi, Telu I, that Ms Chanel Chin is an ex-queen of his majesty.
“This information is necessary for the attention of the general public to avoid representation on proxy or accordance of respect attached to the sacred stool of Oluwo to her.
For personal irreconcilable differences, Chanel Chin ceased to be his Majesty’s queen. We equally enjoin the public to disregard any business transaction or request with her using the office of his majesty.”
DOWNLOAD WAVYVIBRATIONS NEWS APP HERE
Related Topics:Trending
Up Next