The Nigerian coach has also been fined by FIFA. 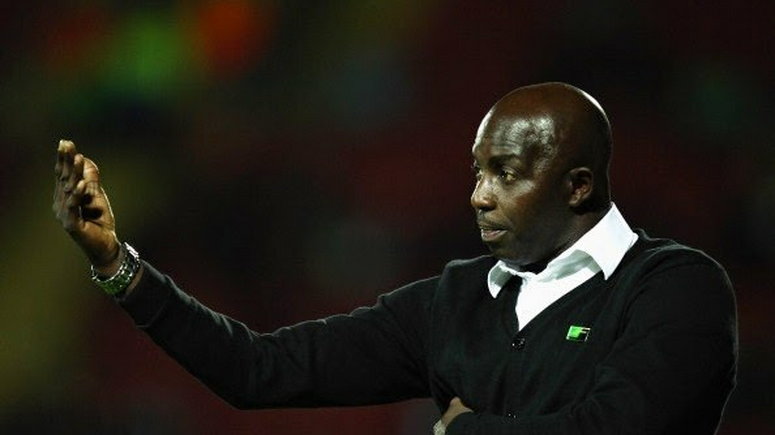 Samson Siasia has been banned for life by FIFA
Former Super Eagles coach Samson Siasia has been given a life ban from football by FIFA for agreeing to collect bribe to fix a game.
Siasia was also fined N18.5m (CHF 50,000) by FIFA who announced the ban on Friday, August 16.
According to FIFA, the ethics proceedings against the former Super Eagles midfielder were initiated in February 2019.
“In its decision, the adjudicatory chamber found that Mr Siasia had breached art. 11 (Bribery) of the 2009 edition of the FIFA Code of Ethics and banned him for life from all football-related activities (administrative, sports or any other) at both national and international level,” part of the statement read.
FIFA say the proceeding against Siasia stemmed from an ‘extensive investigation into matches that’ a certain Wilson Raj Perumal attempted to manipulate for betting purposes.
Although the specific game was not mentioned by FIFA, Perumal, a confessed match-fixer from Singapore had claimed in his book that he helped Nigeria to qualify for the 2010 FIFA World Cup.
The convicted match-fixer claimed in a book that he met with a football official who he promised to help Nigeria to qualify for the World Cup in return for a deal to arrange three friendly games for the Super Eagles and a cut from the money Nigeria will receive from FIFA for hosting training camp during the tournament.
He also claimed he paid three players to help Nigeria to qualify for the World Cup and also bribed Mozambique FA a bonus of they can hold Tunisia to a draw and prevent them from leapfrogging Nigeria and get automatic qualification to the World Cup.
Nigeria finished winners of Group B of the 2010 FIFA World Cup qualifiers (CAF). Tunisia, Mozambique and Kenya were the other countries in that group.
“My plan had worked and I was the unsung hero of Nigeria’s qualification to the final rounds of the 2010 Fifa World Cup in South Africa,” writes Perumal.
Related Topics:Sport
Up Next