The traditional ruler of Ilogbo Ekiti, Oba Edward Ajayi,
who abandoned the throne six months ago for safety, having been chased
away by angry subjects over certain offences, has returned. 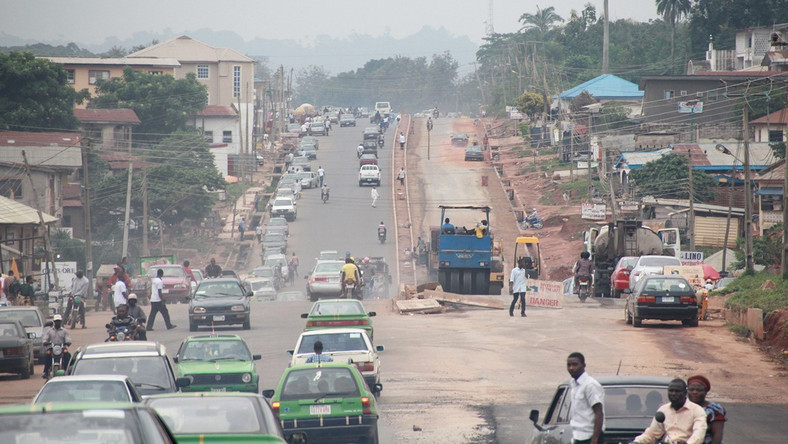 The News Agency of Nigeria, (NAN) reports that
the Oba’s return was facilitated by the state government which
intervened in his plight to enable him to reclaim the throne.
Special Assistant to the state Deputy
Governor, Mr Odunayo Ogunmola, said in a statement in Ado Ekiti on
Sunday that his principal, Chief Bisi Egbeyemi, mediated in the
six-month-old crisis on behalf of Gov. Kayode Fayemi.
He said government had fully resolved the
crisis rocking Ilogbo Ekiti, in Ido/Osi Local Government, where the
indigenes were locked in dispute with their monarch.
He said the deputy governor called on the stakeholders in the town to allow peace to reign and bury the hatchet.
According to him, Egbeyemi made the appeal
shortly after the signing of the Memorandum of Understanding (MoU) to
end the crisis, at the Conference Hall of the Office of the Deputy
Governor in Ado Ekiti.
He said the resolution of the conflict
followed the signing of the MoU by parties to the crisis and critical
stakeholders in the town.
“The monarch had been prevented from entering the town and occupying the palace for the past six months
“With the signing of the peace accord, the
Deputy Governor said Oba Ajayi is now free to come back to the throne
and resume his royal duties after six months in exile expressing
confidence that the resolution of the crisis will usher in new era of
development
“Egbeyemi, who noted that it was not easy
for the traditional ruler to leave his throne for six months, urged all
parties to fulfill the terms of the peace accord and work together to
lift their community to greater heights”, the statement said.
It added that Gov. Fayemi was interested in
peace and development of all communities in Ekiti State and would not
want to be distracted via one crisis or the other in his desire to
better the lots of the people.
Quoting the deputy governor, the statement said “Our
government is a government of peace; we don’t want crisis or breakdown
of law and order in any part of the state. Kabiyesi, you can now go back
to your domain anytime you wish.
“Let us all agree that the crisis is over
because we have all signed the MoU and that you will all allow peace to
reign and everybody will go about his business.”
Meanwhile, Oba Ajayi has commended the state government for the intervention and successful resolution of the crisis.
The monarch who hailed the Deputy Governor for
bringing his wealth of experience to bear in reconciling the various
interest groups in Ilogbo, expressed joy that peace had finally
returned.
NAN reports that apart from Oba Ajayi, other
signatories to the peace deal included the Alayetoro of Ayetoro Ekiti
representing Ido/Osi LG traditional rulers, Oba Olufisan Ajayi.
It included the Coordinating Director, Ido/Osi
Local Government, Mr Akinola Adebayo; a prominent Ilogbo indigene and
former Ekiti State House of Assembly Deputy Speaker, Chief Adetunji
Orisalade.
Others were chieftain of Egbe Ilosiwaju
Ilogbo, Chief Gabriel Fasuyi, and officials of the Ministry of Justice
and Bureau of Chieftaincy Affairs.
NAN recalls that Oba Ajayi was evicted from
the palace and chased away from the town on Oct. 21, 2018 during a
violent protest which claimed one life and property worth million of
Naira.
The monarch was accused by his subjects of
alleged highhandedness, autocratic tendencies and withholding of monthly
allowances of his chiefs.
He was also accused of failure to control his
children whom they alleged were involved in cultism and bringing
suspected cultists to their town to unleash terror.
Related Topics:News
Up Next