Fatoyinbo describes the lawsuit against him as statute barred because it was not filed within three years of the occurrence of the event complained about. 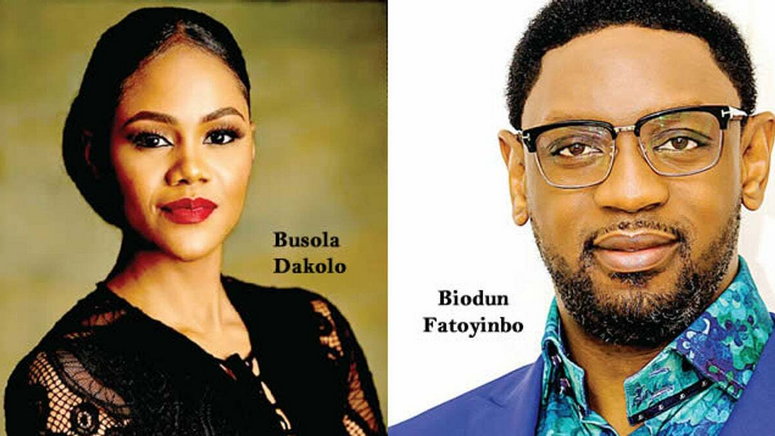 Busola Dakolo and Biodun Fatoyinbo (Punch)
The Senior Pastor of Commonwealth of Zion Assembly, Biodun Fatoyinbo has urged the court to dismiss the suit that accused him of raping Busola, wife of gospel artist, Timi Dakolo.
The pastor in the preliminary objection he filed against Busola’s suit on Friday, September 20, 2019, asked the High Court in Abuja to dismiss the suit, saying the prayers in it are not “grantable.”
According to Punch, Fatoyinbo also asked the court to award the cost of N50m against her and her solicitor. The embattled pastor said that the lawsuit against him was statute barred because it was not filed within three years of the occurrence of the event complained about.
He on that ground asked the court to dismiss the suit, saying it was frivolous and a palpable abuse of court process.
Fatoyinbo’s team of lawyers led by Dr Alex Izinyon (SAN) argued that Busola’s petition against the pastor could not be pursued as her rape allegation and the claim that the pastor caused her emotional distress remained the subject of police investigation.
Fatoyinbo also accused Busola of embarrassing and scandalising him by going first to press about the suit before serving it on him.
The affidavit filed in support of the suit read in part: “That I am aware that the claimant made an allegation of rape and emotional distress before the Nigeria Police Force against the defendant which is still the subject of investigation.
“That I am also aware that the same claimant also filed this suit claiming psychological and emotional distress inflicted on the claimant by the defendant as a result of the said rape allegation levelled against the defendant.
“That the reliefs sought in this instant suit are not grantable and same incompetent.
It would be recalled that on Friday, June 28, 2019, a series of videos were released on social media which contained an exclusive interview Busola Dakolo granted with YNaija. In that interview, she gave a detailed and explosive account of how she was allegedly raped not once but twice by the popular Abuja based pastor, Biodun Fatoyinbo.
Related Topics:News
Up Next

FG charges Sowore with treason, accuses him of insulting Buhari