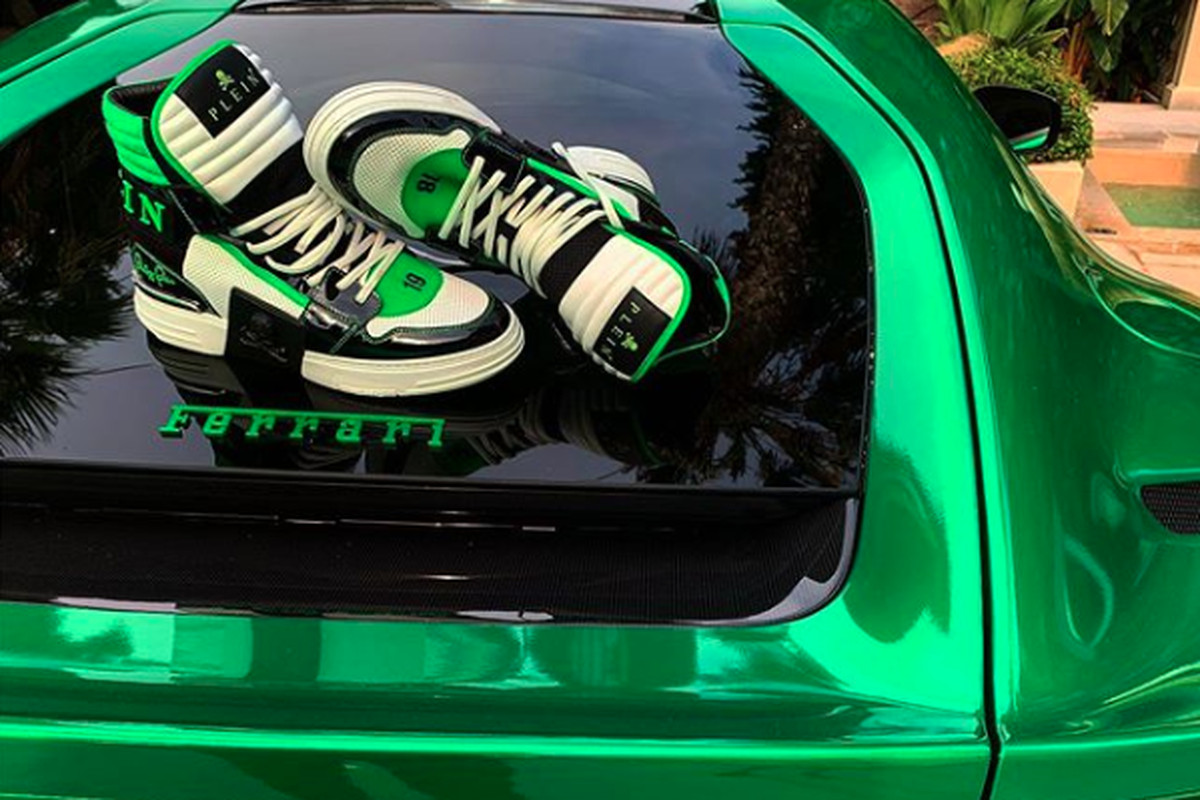 Philipp Plein
Ferrari doesn’t like what German fashion designer Philipp Plein is doing with its Italian luxury cars. In a series of Instagram posts this week, Plein claims that Ferrari is threatening to sue him because he posted images of his sneakers on the hood of his own personal supercar. Ferrari says Plein’s behavior “tarnishes the reputation of Ferrari’s brands and causes Ferrari further material damage.”
Ferrari’s letter to Plein also says he using Ferrari’s trademarks for the “promotional purposes” of increasing his own brand and products’ visibility. Again, the cars pictured are Plein’s own. Ferrari is essentially claiming that Plein is harnessing its iconic imagery to bolster his own brand and also denigrate Ferrari’s.
The photo in question has not yet been deleted, as well as multiple others featuring the cars, even though Ferrari’s lawyers said they’d file a lawsuit within two days of the letter’s receipt.
Plein is calling the letter “blackmail,” and has asked his followers to send photos of his shoes on top of their luxury cars. He even made a slideshow of what his followers sent. Plein is positioning his fight as about more than just his shoe brand and the Italian carmaker. “This is a fight for our right to post on our private social media accounts whatever we decide (as long as it does not cause any harm to anybody),” he writes on his caption.
As for the actual legal case, The Fashion Law reports that Ferrari could potentially build a sound argument. “Just as in the US, the holder of a registered trademark in Italy has the right to prevent third parties from using identical or similar trademarks for identical or similar products or services,” TFL writes. “Given the positioning of Plein’s footwear in the photo – i.e., right next to the Ferrari logos, and with the coordinating colors in mind, consumers might be led to believe that the two brands are working in collaboration for Plein’s footwear collection or are otherwise affiliated in some way, which would give rise to merited claims of trademark infringement.”
In a comment to Bloomberg, Carmine Rotondaro, an independent legal adviser to Plein, called Ferrari’s accusations “totally baseless.” It’s unclear whether Ferrari is following through with its plans to file the lawsuit, but we’ve reached out to the company for comment and will update if we hear back.
Related Topics:World news
Up Next