Footage of what appears to be Juice Wrld’s final moments in the air and finally on the ground is starting to surface, and the rapper seemed to be in good spirits before his death.
DJ Akademiks shared some video captured by guys who were on a private jet with Juice as he was airborne from L.A. to Chicago late Saturday night/early Sunday morning.

@Akademiks
This was Juice Wrld as he got on the plane that took him to Chicago last night. He was in high spirits and looked happy. 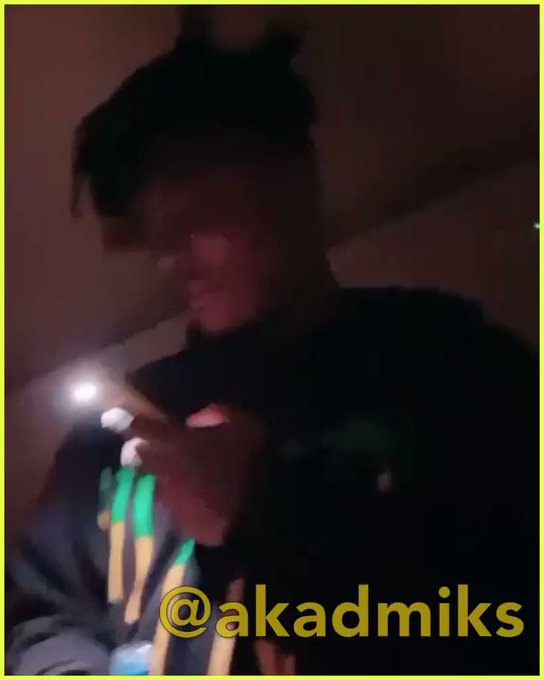 7,433 people are talking about this
In the first video, you see Juice clowning around with his buddies … one of whom he throws water on as the guy’s fast asleep. He wasn’t mad about it though — all in good fun.

@Akademiks
More footage of Juice Wrld on his private jet which was headed to Chicago. Seems like everything was good and everyone including him was in high spirits until he landed. 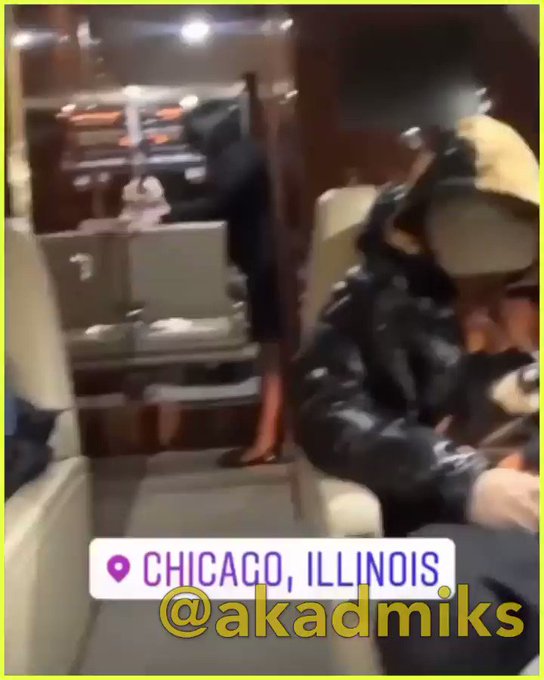 911 people are talking about this
A second video appears to show the crew landing at Chicago’s Midway airport, which would mark Juice’s actual last moments on this Earth. In the clip, you see him hanging out with one of his buds in the back — apparently fully conscious and alert as they look at something together — possibly a phone. Soon afterward, he would suffer a seizure and later die at the hospital.
9:55 AM PT — One of the songs on Juice’s “Too Soon” EP was called “Legends” and it has a pretty prophetic lyric. As we said, the track was about Lil Peep and XXXTentacion’s deaths. In the song, he raps, “What’s the 27 club? We ain’t making it past 21.”
The song and EP were released on June 19, 2018 … the day after XXX was murdered in South Florida. Juice Wrld and XXXTentacion recorded a track called, “where did u go?” … which was released in July 2018.
9:42 AM PT — Juice’s fellow artists are waking up to the shocking news. Lil Nas X posted about losing yet another “young talented rising” artist.

@LilNasX
rip juice. so sad how often this is happening lately to young talented rising artists.

34.9K people are talking about this
And, Camila Cabello had a single emoji reaction to Juice’s death.

9,192 people are talking about this
Juice Wrld, the talented young rapper and singer whose career was just taking off, is dead after suffering a seizure in Chicago’s Midway airport … TMZ has learned.
Juice’s flight from California landed early Sunday morning and, after deplaning … witnesses tell us he suffered the seizure while walking through the airport. Law enforcement sources say he was bleeding from the mouth when paramedics got on scene.
We’re told Juice — real name Jarad Anthony Higgins — was still conscious when he was transported by Chicago Fire. However, he was pronounced dead a short time later at the hospital. The cause of death is unclear at this time.
Juice Wrld’s major-label career was just starting after he almost climbed to the top of the charts in 2018. His first huge hit came in summer 2018 with “Lucid Dreams” … which made it to #2.
His song, “All Girls Are the Same,” also became a hit when Lil Yachty was featured on the remix.
In fact, it was that song’s success that drew the attention of Interscope Records … which signed him to a multi-million dollar contract. One month after releasing his first studio album, “Goodbye & Good Riddance” … Juice released the 2-track EP, “Too Soon,” as a tribute to Lil Peep and XXXTentacion.
Juice also had a feature on Travis Scott‘s enormous “AstroWorld” album, singing the hook on the track, “No Bystanders.”
Higgins’ stage name was reportedly inspired by Tupac Shakur‘s performance in the 1992 film, “Juice.”
Juice Wrld just turned 21 last Monday.
RIP
Related Topics:Celebrity Gist
Up Next

Everywhere Plaster! Residents beat man for punishing his wife after catching her in bed with another man