Tesla CEO Elon Musk has announced that his songstress girlfriend Grimes has given birth to their first child together.

The couple welcomed a son making this Elon’s 6th son. It would have been his 7th but he lost one of his sons to SIDS.

Grimes, 31, gave birth to their firstborn on Monday, May 4, with
Elon, 48, revealing the happy news to his 33.6 million Twitter
followers.

The tech giant had earlier excited fans when he revealed that the
pair were “A few hours away!” – hinting they were set to become parents.

Just four hours later, he confirmed that Grimes had given birth tweeting “Mom & baby all good.” 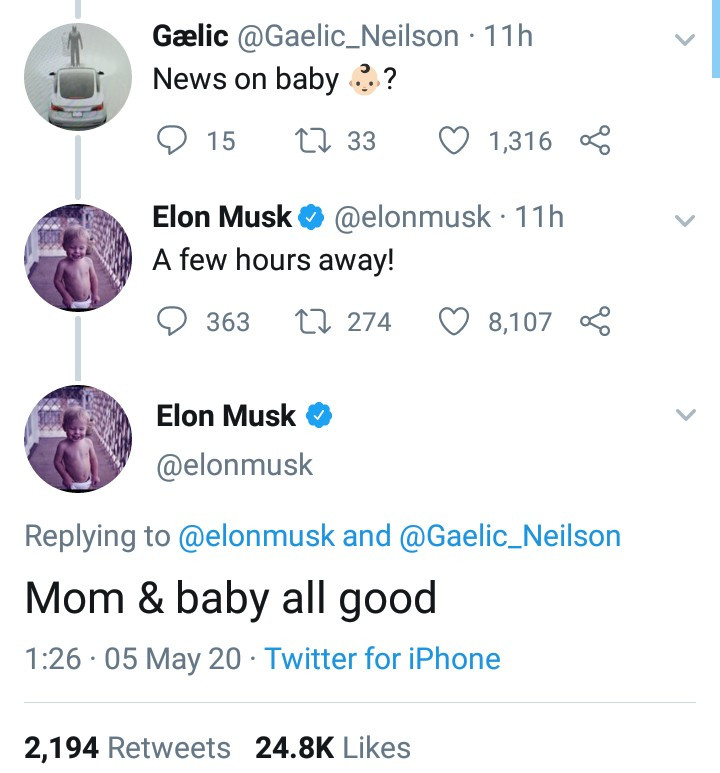 When asked to share a photo of his child, he shared a photoshopped one of the child with a fake tattoo on his face. 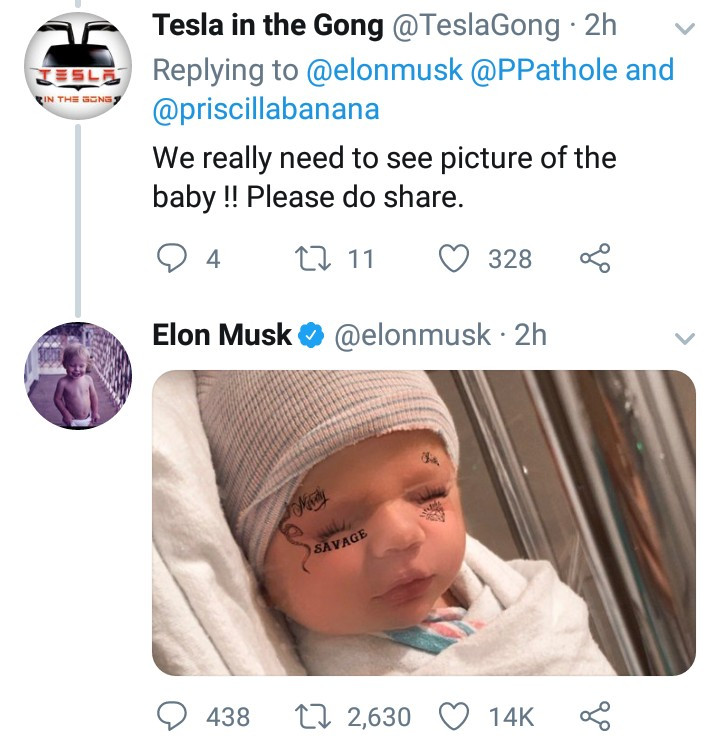 “Never too young for some ink haha” Elon wrote. 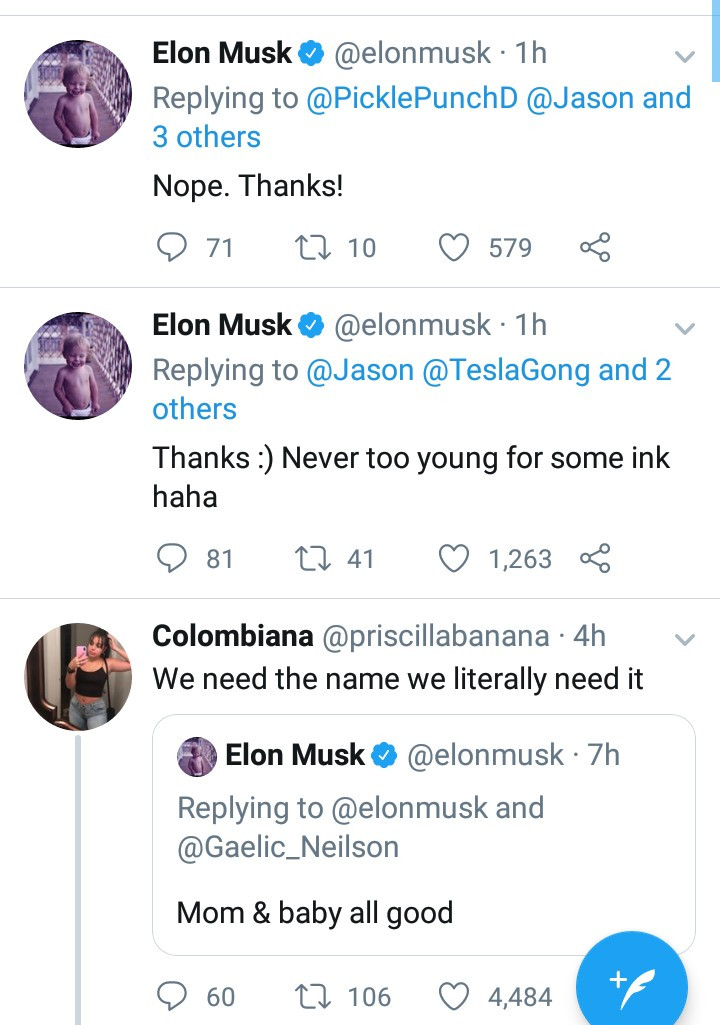 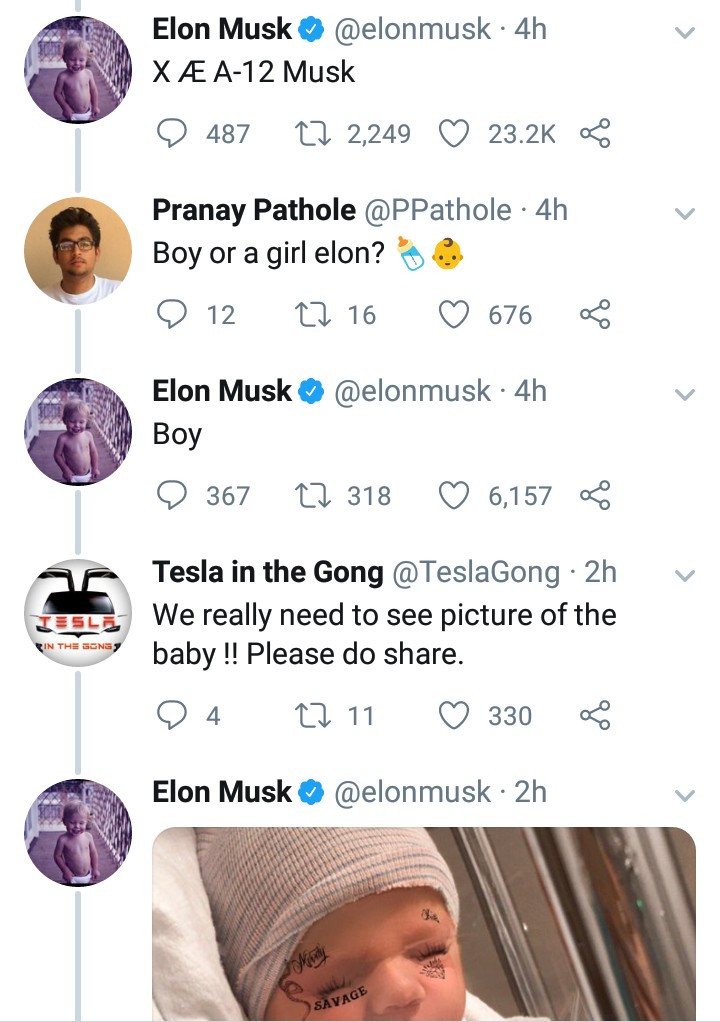 As Twitter users congratulated the couple, Elon shared a photo of him and his newborn son. 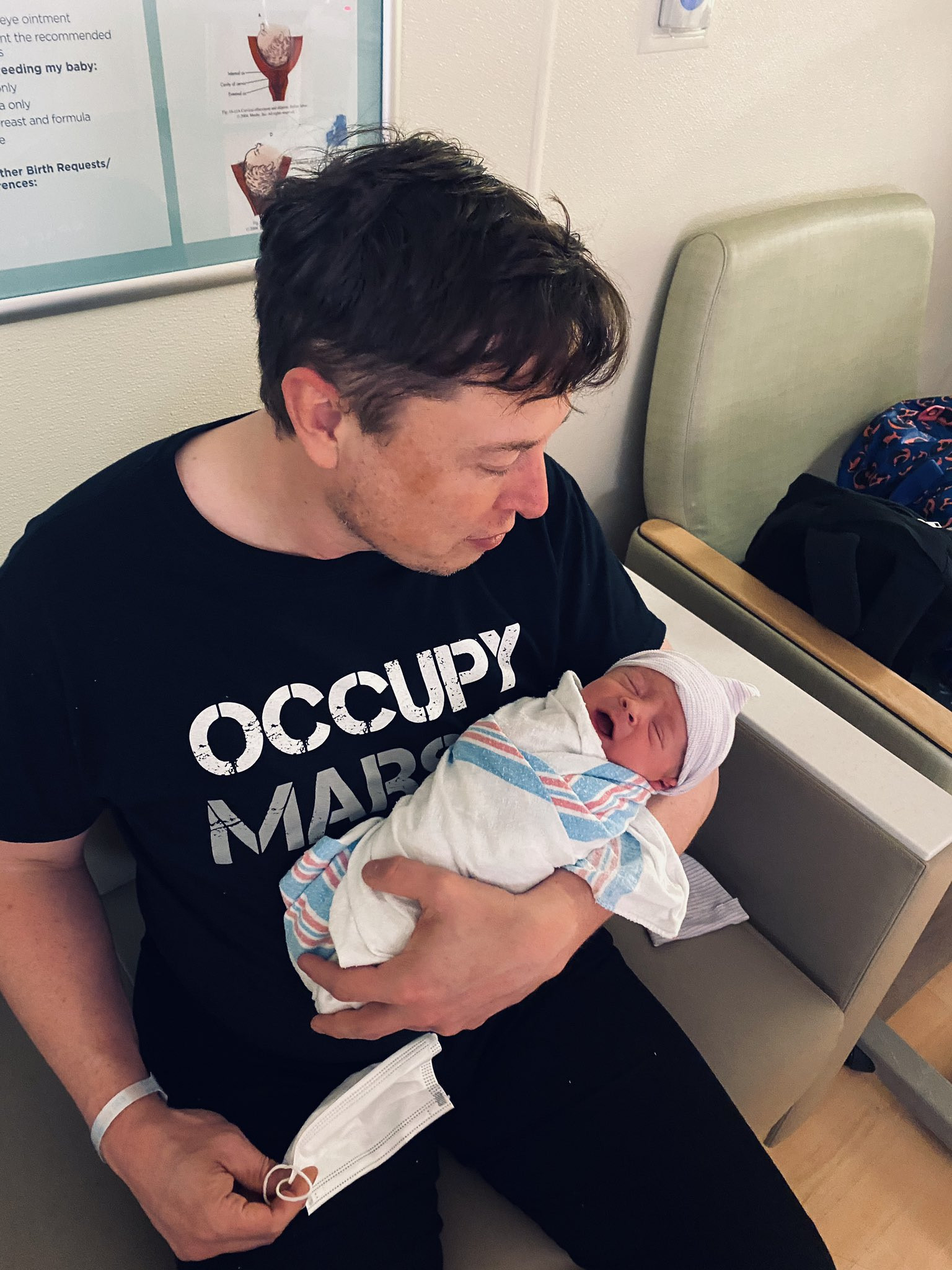 ”Christ has never truly being your lord” Pastor Oyakhilome slams pastors who support closure of churches due to #COVID19, accuse them of collecting compensation from govt (video)

7 Reasons Why Some Upcoming Artiste Will Forever Remain Upcoming