We think one of the biggest weddings that would be taking place 2019 would be that of Adewale Adeleke, elder brother to Davido who just proposed to his girlfriend [Instagram/DavidoOfficial]

The Adelekes have a big wedding to plan as Davido’s elder brother, Adewale proposes to girlfriend, Kani.
We think one of the biggest weddings that would be taking place in 2019 would be that of Adewale Adeleke, elder brother to Davido who just proposed to his girlfriend, Kani.
The businessman and music mogul made this known via his Instagram on Monday, July 8, 2019. According to him, he just made the best decision in his life.
“Yesterday was the best day of my life! She said yes💍,” he wrote. Congratulations to Adewale Adeleke and his bae.
We can’t wait to see how the Adelekes would turn up for one of their own as this dynasty is yet to witness a society wedding in recent times. 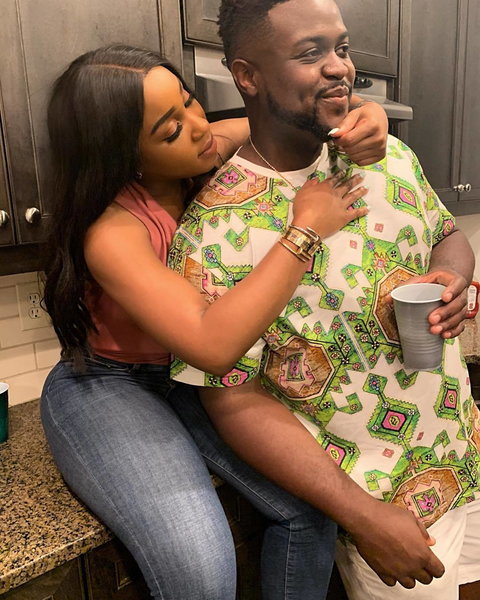 We think one of the biggest weddings that would be taking place 2019 would be that of Adewale Adeleke, elder brother to Davido who just proposed to his girlfriend [Instagram/ChairmanHKN]

For some people, Davido looks like the one who should be getting married because they can’t seem to get enough of his beautiful love story with Chioma Avril Rowland. Well, its just July and the year isn’t far gone…so never say never.
Related Topics:Entertainment News
Up Next