Africans in China, who confirmed the ejection to our correspondent, said the government was employing force to eject foreigners from their homes.

@SaharaReporters
VIDEO: While the world has adopted various measures to combat #Coronavirus, Chinese authorities are beginning to eject Africans from their homes and hotels over claims that they were importing the virus into the country.#COVID19 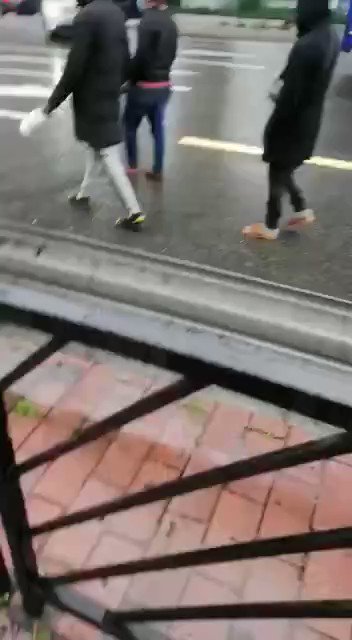 1,739 people are talking about this
Despite resolutions and positive outcome from the meeting, it was gathered that the evictions were yet to come to an end.
“The leaders of the African community in Guangzhou had a meeting with government officials in the city two days ago and discussions centred on all those issues.
“That’s not to say the evictions have stopped. Africans are all in the open now, under the rain with nowhere to go,” one of the affected persons said.
In a letter to the Consul-General of Ghana’s Consulate Office in Guangzhou, Chinese authorities claimed that the city was making all-out efforts to prevent the spread of the disease and protect the health and safety of everyone in Guangzhou.

“I would like to keep you informed that for the good of public health, anyone (including Chinese nationals) with overseas-travel records will be required to undergo an epidemic investigation and PCR testing,” the letter to the Ghanaian Government read.
In a notice to foreigners in the affected province, the Chinese Government said, “From April 5th to April 7th, according to relevant government departments, the streets will organise African tenants within their jurisdictions to carry out nucleic acid screening at designated sites (open space in front of the neighbourhood committee). Owners/residents are requested to know and inform their families.”

Meanwhile, in a follow-up directive, the Ghana Mission implored Ghanaians to avoid taking the test if they have not had any travel history outside their current jurisdiction in the past three months.
Evicted foreigners are calling on the African Union and United Nations to intervene to stop the ongoing eviction in Guangdong and Fujian Province.
Related Topics:News
Up Next