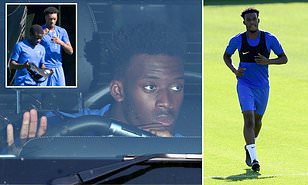 Chelsea and England star, Callum Hudson-Odoi has been pictured for the first time after he was arrested on suspicion of rape
The 19-year-old winger was part of the Chelsea squad that took part in the club’s first training session on Tuesday after the Coronavirus lockdown.
There was doubt if he was going to train this week after flouting social distancing guidelines which led to his arrest following rape accusations. But Hudson-Odoi trained with a group of other players at the club’s Cobham HQ after he tested negative for Coronavirus again. 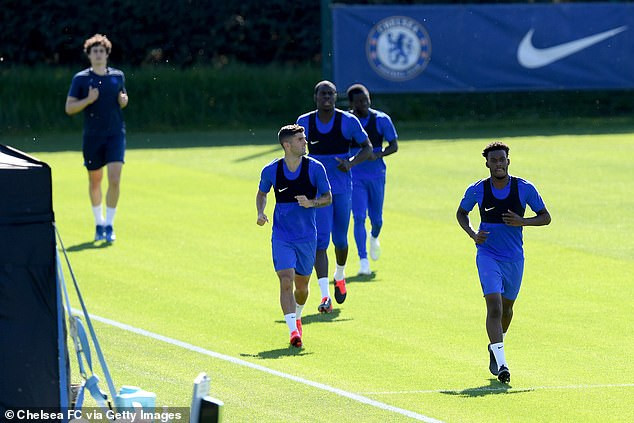 He was one of the first footballers to contract Coronavirus back in March but has since recovered.
The England international was arrested in the early hours of Sunday morning following a late-night tryst with a glamour model who he reportedly met online and invited her to his penthouse during the Coronavirus lockdown. 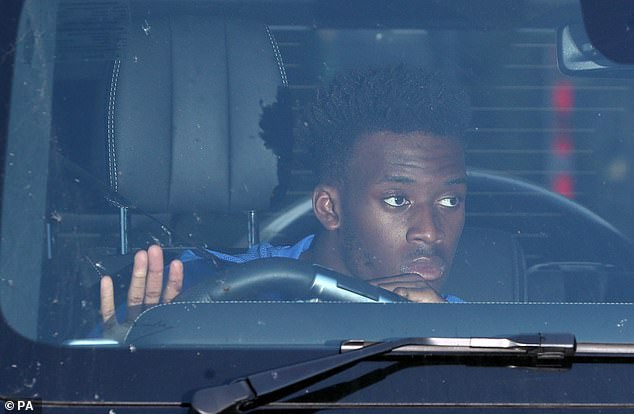 Police officers and paramedics went to the penthouse after a woman called them. Officers arrested the footballer while the model was taken to the hospital after complaining of feeling unwell.
A police spokesman disclosed to The Sun that the winger was arrested on suspicion of rape and has been bailed but an investigation is ongoing.
‘Police and London Ambulance Service were called at 03:53hrs on Sunday, 17 May to a report of an unwell woman.
‘When emergency services attended, a woman reported that she was raped. She was taken to hospital.
‘A man was arrested at the scene on suspicion of rape. He was released from custody and bailed to return on a date in mid-June,’ the spokesperson added.
Related Topics:News
Up Next

COVID-19: Prepare for the worst – Minister of health to Nigerians