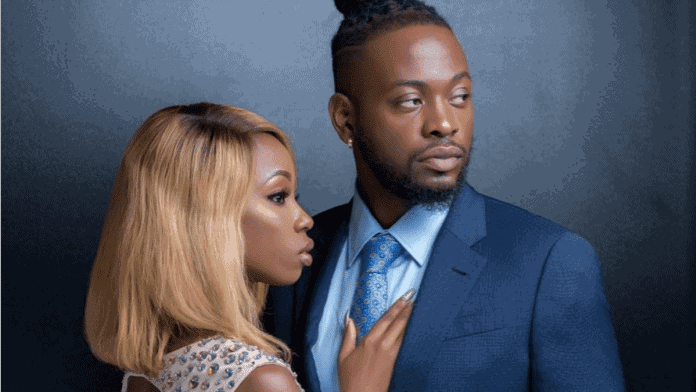 The Instagram blogger who accused Teddy A of domestic violence against his wife Bambam has stood his ground amidst threat of lawsuit against him.
The blogger had claimed that Teddy A has been beating Bambam before their marriage and would likely continue after she puts to bed.
Reaponding to the accusations against her husband, Bambam released a video to debunk the claim
She said: “I usually would not come out publicly to address rumours, but this is not just a rumour or random news, but a deliberate attempt at defaming my family’s character and my husband’s reputation.
“How do you joke with something as sensitive as domestic violence? To what end? We’re newlyweds for God’s sake.
“My husband will never lift a finger on me, he will never ever, no matter how angry he is, no matter how we fight or argue which is what normal couples go through. He will never lift a finger to hit me.”
Teddy A also reacted to the accusation as seen in the screenshot below which also has the blogger’s reply. 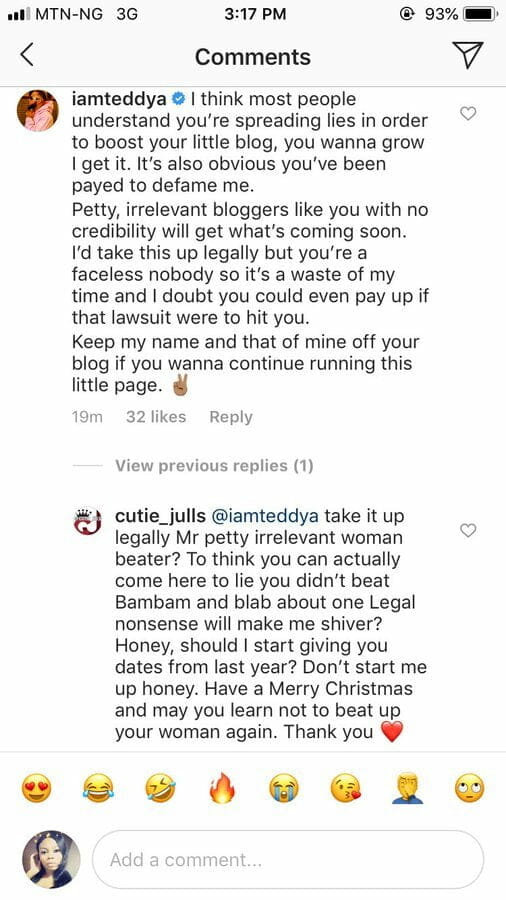 Incredible! Woman gives birth after 13 years of no menstruation