Gov Ganduje wants Gorilla that ‘swallowed’ N6.8million in Kano to vomit the darn money. That means he’s ordered a full scale investigation into the disappearance of the money. 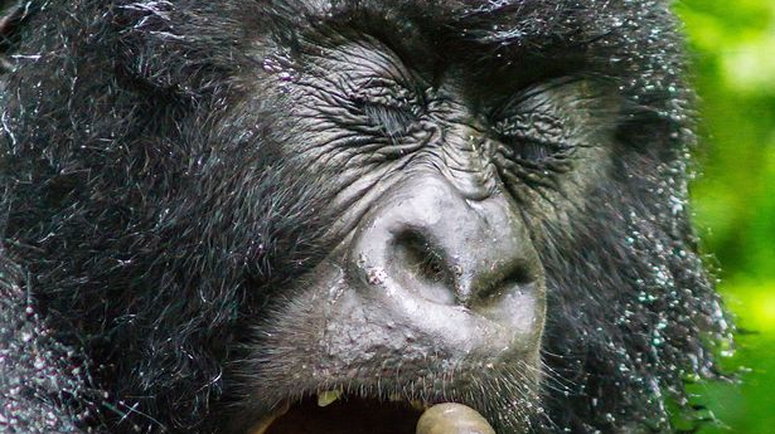 A gorilla has been accused of swallowing money in Kano, now the state wants it back (Illustrative photo. Punch)
Kano State Governor, Dr. Abdullahi Umar Ganduje, has ordered a full scale investigation into allegations that a gorilla swallowed N6.8m at the Kano zoological gardens.
The BBC reported last week that the finance officer at the zoo said the gorilla “snuck into their office”, grabbed the money before swallowing it.
Managing Director of the zoo, Umar Kobo,also confirmed to journalists that the money is missing and that the issue is under investigation.
“The issue is under investigations for now and I don’t want to say anything on the matter, many journalists have come to meet me but I don’t want to say anything. What I can confirm is that money is missing,” he said.
Arrests have been made
Spokesman of the Kano state police command, Abdullahi Haruna, also confirmed that 10 persons, including those on duty when the money went missing, have been arrested. 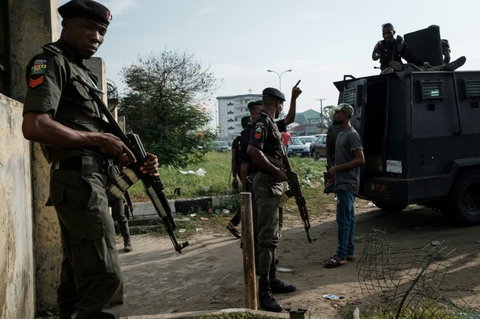 AFP
Police officers on duty in Nigeria (SaharaReporters)
“Yes, it is true that money from five days of Sallah festivities is missing from the Kano zoo. As at now, we have arrested 10 members of staff of the zoo including the security man and those working in the finance unit,” Haruna said.
A furious governor
Now, Kano Governor Ganduje has ordered the State’s Anti-Corruption Commission to probe the claims by the Kano Zoological Gardens that a gorilla in the state-owned zoo swallowed N6.8 million.
Chief Press Secretary to the Governor, Abba Anwar, said the “order was given on Friday and the commission has already swung into action.”
The governor has also directed the commission to look into the immediate and remote circumstances surrounding the allegation and “unearth everything surrounding the incident”. 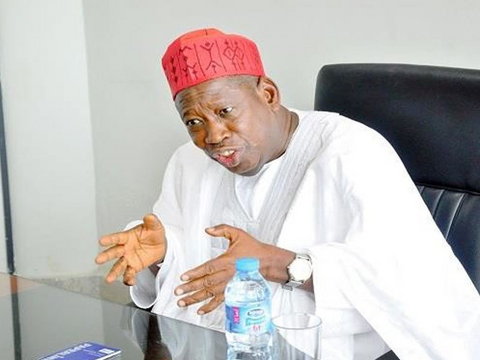 Kano state governor Abdullahi Ganduje wants gorilla and accomplices investigated [thenationonlineng]
The gorilla was said to have swallowed the N6.8m generated by the zoo in gate takings from visitors and tourists alike.
A bulk of the money was generated by the zoo during the just ended Eid el- Fitr celebrations.
Animals and the Nigerian state
It is not the first time an animal has been accused of behaving badly in Nigeria.
In 2018, an exam clerk told her employers that a snake had swallowed N36m from the vaults of her office. 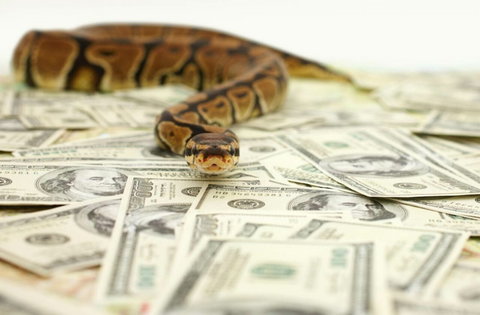 A snake was accused of swallowing N36m in Benue (Illustration. Stock photo).
Monkeys have also been accused of stealing money in the senate.
A vulture was recently accused of eating meat worth N30,000 in six days, while in detention.
In 2017, rats were accused of chasing President Buhari from his office.
Related Topics:News
Up Next