During the chat, he talked about his new dance, Gbeku, discovering Poco Lee, his four days EFCC custody and Naira Marley’s Soapy dance. 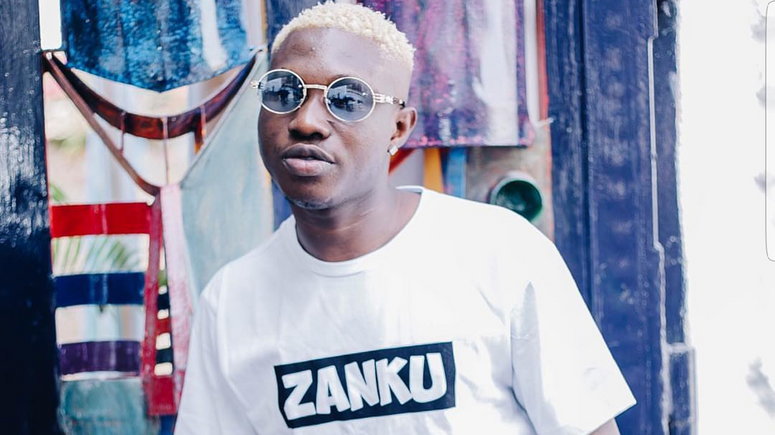 Zlatan Ibile chat with Dotun and Kemi Smallz on Cool FM ( Guardian)
A few days ago, Nigerian rapper dropped his collaborative effort, ‘Shotan’ with Mummy Jam Jam herself, Tiwa Savage.
On Tuesday, June 16, 2018, an interview on Midday Oasis of Zlatan, the second hottest rapper in Nigeria with D2Tun and Kemi Smallz debuted on Cool FM Nigeria’s YouTube page.
During the show, he talked about a number of things and here are the top five he said;
How he discovered Poco Lee
Poco Lee is Nigeria’s premier street dance maven. Everyday, people aspire to ‘gbese’ like him. His Z.A.N.K.U moves made him a social media sensation. He had been doing it underground, but his moves at Agege Stadium during Small Doctor’s show in December 2018 helped him gain notoriety.
Zlatan is largely credited for helping his popularity, but the rapper humbly refuses to take credit for Poco’s popularity after D2Tun asks him, “You actually found Poco Lee, right?”
In response, Zlatan said, “(A year ago), He posted a (dance) video to my song, and I think I reposted it and then… from there, the video went viral…”
The conversation also piqued on how Zlatan helped Segun Waya even before he was properly blown and how upcoming artist, Buju caught his attention.
On his EFCC situation 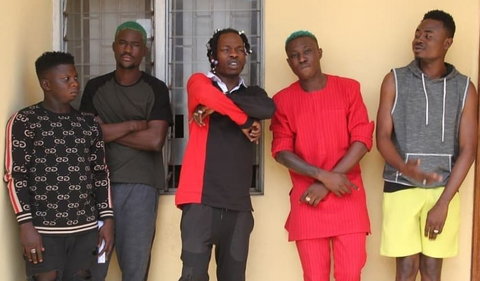 EFCC parades Naira Marley, Zlatan and others over Internet fraud allegations [LindaIkeji]
Earlier in the year, Zlatan got picked up by the Economic and Financial Crimes Commission (EFCC) alongside Naira Marley, Rahman Jago and Guccy Branch.He was later released alongside Jago and Branch, but Marley was arraigned before the Ikoyi Federal High Court. Upon his release, he released the freestyle, ‘4 Days in Okotie-Eboh.’ It went viral. When quizzed on the issue, he called EFCC his “friends” and said of his arrest that, “Nothing actually happened. They just came, they picked us up and to confirm one or two things.”
When quizzed further on the experience, he said, “It has never been a great experience, you just have to learn new things and experience new things and see another perspective of life. Whenever things like that happen to me, I just see them as a bridge to the next level.”
The rapper also denied any involvement with Ruggedman’s attack in London and called his EFCC experience, “lovely,” because he got to meet different people and performed ‘Killin Dem‘ for a guy on his birthday while in jail.
Is Zlatan a yahoo boy?
Naira Marley, who was arrested alongside Zlatan was charged to court on fraud-related offences. Rumours swirled that both rappers were yahoo boys after they appeared to support internet fraud.
Nonetheless, as the issue got bigger, they released a collaboration titled, ‘Am I A Yahoo Boy?’
When asked whether he was a yahoo boy, the rapper laughed and said, “I don’t know for them o (laughs)… Can’t you hear the bangers?”
Zanku to Gbeku
Zlatan claims he brought the dance, ‘zanku’ into the Nigerian mainstream. He also claims that zanku means ‘Zlatan abeg nor kill us.’
But now, he claims that he wants zanku to calm down a little for its little brother called, ‘gbeku.’
Soapy
A few weeks ago, Naira Marley launched his controversial dance move, ‘Soapy’ with a song of the same name.
Just as the song started topping charts, Nigerians shot viral videos in public places doing the ‘soapy’ dance that mimics male masturbation.
When D2Tun asked Zlatan about the dance, he says, “There’s always a choice in this life. They say, ‘if you can’t beat them, you join them.
“At the same time, if you can’t still join them, you can be on your own. Everyone is going to come online to criticize one thing or the other, but deep down in our hearts, we are all imperfect. We all have places where we’re imperfect…
“And then, everyone will come online to criticize somebody. I don’t criticize like that, I’d rather not talk. Most times, if i do it (talk), after five minutes, I go back and delete my comment….
“It’s a dance, there are some many dance (routines) that you’re going to whine your waist. When Michael Jackson was dancing, his hand was always there (around his crotch). No one was complaining about that, everyone joined the choreography. I don’t think I need to condemn the soapy dance…”
Before the interview ended, Zlatan addressed why he posted a bottle of Krest on his Instagram page after Pastor Biodun Fatoyinbo‘s accusation by Busola Dakolo.
He said that he can post anything he wants on his page. A moment later, he then said that he posted it because he knew that if he had posted it, he would get asked about it on Cool FM
Related Topics:Celebrity Gist
Up Next

Comment: On the complicated issue of music blogs and selling music in Nigeria