So guys here are five interesting things that happened at the live eviction that should interest you. 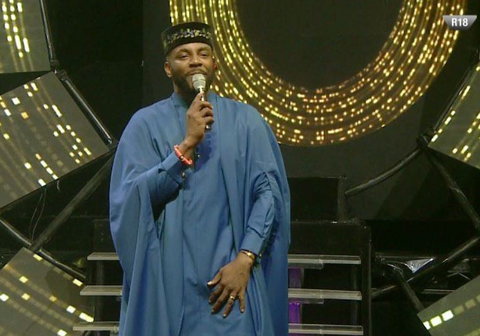 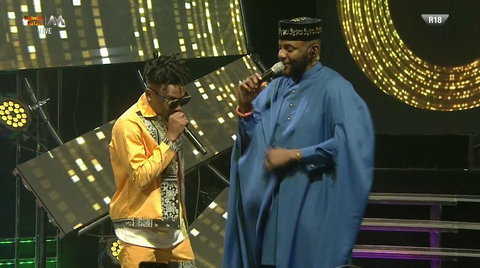 Mayorkun told Ebuka Obi-Uchendu that he’s rooting for Tacha in the BBNaija Pepper Dem house. [Twitter/BigBroNaija]
It is a known fact that every eviction show always has that moment where fans and viewers are blown away by one or more performances from A-list artists. Well, this Sunday wasn’t different as fans got a taste of Mayorkun and why he is called the Mayor of Lagos. 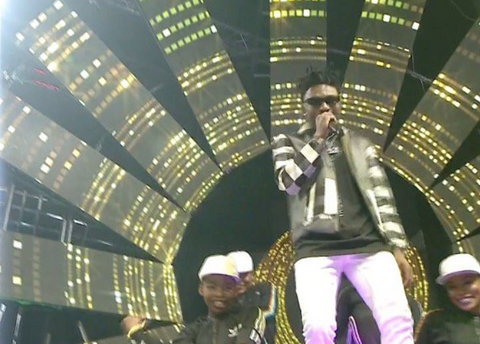 Well, this Sunday wasn’t different as fans got a taste of Mayourkun and why he is called the Mayor of Lagos [Twitter/BBNaija]
Mayorkun’s performance can be said to be one of the best so far as he made sure everyone present had fun. The dancers who performed alongside him brought an energetic and colourful fill to the performance. When asked who he was rooting for, Mayokun said Tacha because according to him, she is a nice girl (We still don’t understand what that means).
4. A different kind of stage

Something tells us, the idea behind this week’s stage was cave-like. It was full of lights, colours and a vibe that you would only feel if you were present at the live show [Twitter/BBNaija]
When BBNaija premiere came live on TV from Lagos about a week ago, we were all thrilled and mesmerized at the beautiful venue for the show. However, it looks like it would only get better as the organisers took it to another level this time around. 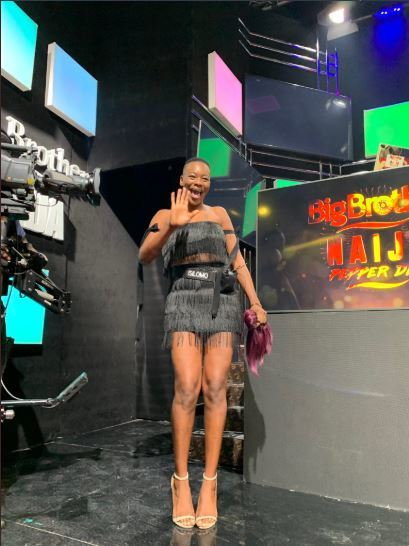 When BBNaija premiere came live on TV from Lagos about a week ago, we were all thrilled and mesmerised at the beautiful venue for the show [Twitter/BBNaija]
Something tells us, the idea behind this week’s stage was cave-like. It was full of lights, colours and a vibe that you would only feel if you were present at the live show. We bet the organisers might have more up their sleeves for the next eviction show.
5. The fans loved Isilomo 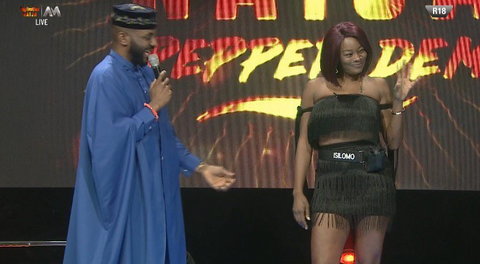 Isilomo was the toast of the night as the fans screamed on top of their voice as she made her way to meet Ebuka on the stage [Twitter/BigBroNaija]
Even though it was an eviction show, the energy around the arena had no spell of negative energy. When both evicted housemates, Isilomo and Avala came out of the Big Brother house to meet the audience, it was a whole different vibe altogether. 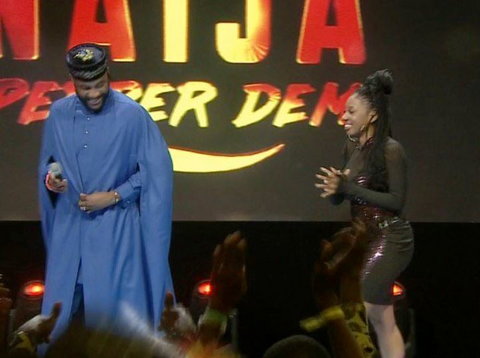 Avala also received cheers from the crowd after her eviction from the house [Twitter/BBNaija]
Isilomo was the toast of the night as the fans screamed on top of their voice as she made her way to meet Ebuka on the stage. Well, she sent the crowd into a frenzy when she took off her wig…did we see that coming? Maybe.
Related Topics:BBNaija
Up Next