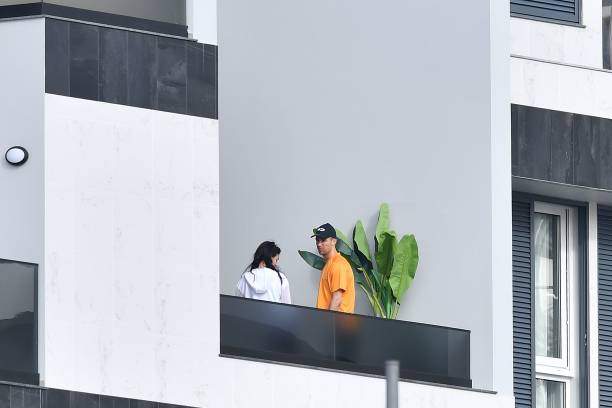 Juventus forward Cristiano Ronaldo arrived training in braids as his girlfriend gave him a perfect look ahead of a possible restart of the Italia Serie A.
Ronaldo has shown off a new hairstyle as he resumes training for the first time since football activities were suspended in Italy due to the lockdown.
The 35-year-old had spent two months with his family at his native home Madeira during the lockdown, but he has returned to Italy and ready for action.
June 13 is the proposed date by Serie A chiefs having suspended the 2019/2020 season since mid-March due to the spread of coronavirus.
And Ronaldo was seen arriving at Juventus’s training base in a black Jeep Grand Cherokee on Tuesday, May 19 to report back for duty.
Meanwhile, fans of English Premier League side Chelsea were left stunned when N’Golo Kante stormed their training ground with his head full of hair.
The 29-year-old has an iconic shaved head which has been his style since he arrived in England back in 2015.
Although the likes of Anthony Martial and Paul Pogba have decided to ‘shine their heads’, Kante clearly resisted the urge to give himself a haircut at home.
It then became the talking point for fans on social media as they were left stunned by the former Leicester City man.
One said: “Kante having hair is one of the many crazy things to come out of these times…”
Another, slightly more excited supporter, added: “Kante has hair!!! I repeat Kante has hair.”
And one claimed: “The world is absolutely not ready for Kante with hair.”
One Twitter user posted a picture of him alongside the caption: “Never expected to see N’Golo Kante like this in a million years.”