Wavyvibrations October 1, 2019
‘October 1’ and four other Nollywood historical films you should see on Independence Day. 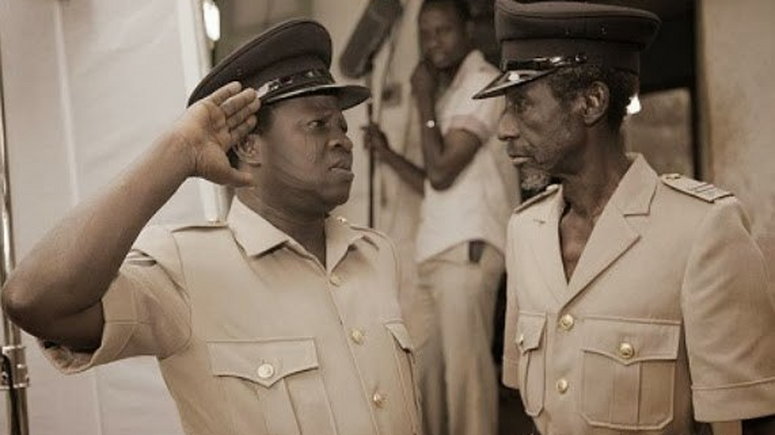 Kunle Afolayan’s ‘October 1’ is one of the movies that slightly delves into some of the incidents before Nigeria’s Independence.
Over the years, history has been brought to life on screen in many ways, including with the use of feature films.
Fact-based or fictional, films in a historical setting inform, entertain and shape the way people view the past.
In honor of Nigeria’s Independence Day, here are five Nigerian films that are inspired by or attempt an accurate portrayal of a historical event since October 1, 1960.
Check them out:
1. “October 1”
Set in Colonial Nigeria, “October 1” follows the story of a police officer who needs to solve a case before October 1, 1960.
The films shows a police officer from Northern Nigeria who is posted to a remote town of Akote in Western Nigeria to investigate the frequent female murder cases in the community, and have the mystery solved before the Nigerian flag is raised on October 1, Nigeria’s Independence Day.
Directed by Kunle Afolayan, “October 1” explores tribalism, western imperialism, homosexuality and Nigeria’s independence.
The films stars Sadiq Daba, Kayode Olaiya, David Bailie, Kehinde Bankole, Kanayo O. Kanayo, Fabian Adeoye Lojede, Nick Rhys, Kunle Afolayan, Femi Adebayo, Bimbo Manuel, Ibrahim Chatta and Demola Adedoyin.
2. “Half of a Yellow Sun” 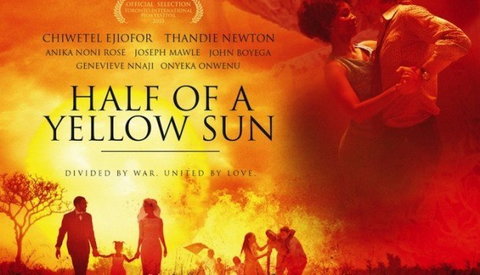 Half of a Yellow Sun poster
Directed by Biyi Bandele and based on the novel of the same name by Chimamanda Ngozi Adichie, “Half of a Yellow Sun” weaves together the lives of four people caught up in the turbulence of the Nigerian Civil War.
In “Half of a Yellow Sun,” Olanna and Kainene are glamorous twins from a wealthy Nigerian family. Returning to a privileged city life in newly independent 1960s Nigeria after their expensive English education, the two women make very different choices which take them and their lovers on a journey through the war.
“Half of a Yellow Sun” is a powerful, intense and emotional historical drama capable of tugging at one’s heartstrings.
3. ’76’ 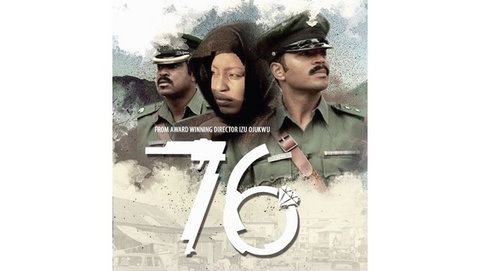 Nollywood movie “76”
“76” is a meticulously detailed Nigerian historical fiction drama set six years after the civil war. It follows the story of Captain Joseph Dewa, a young soldier accused of complicity in the abortive coup of 1976, and his pregnant wife, Suzy, who helps him prove his innocence.
With “76,” the director Izu Ojukwu transports viewers back to the familiar 1976, six years after the civil war, when General Murtala Muhammed was killed on February 13, 1976, in an abortive coup attempt led by Lt. Col Buka Suka Dimka.
“76” is not entirely a movie about the 1976 coup, however, the events of the year pilot the circumstances that form the setting for the movie.
The movie stars Ramsey Nouah, Chidi Mokeme, Rita Dominic, Ibinabo Fiberesima and Daniel K Daniel.
4 “The Amazing Grace” 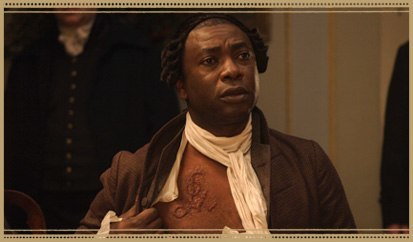 Youssou N’Dour played the role of Olaudah Equiano in the movie Amazing Grace
A Jeta Amata film, “The Amazing Grace” tells the remarkable story of British slave trader John Newton, who had sailed to the now Nigeria in 1748 to buy slaves but later gave up the trade and became an Anglican priest.
After he almost lost his life in a violent storm at sea, Newton gave his life to Christ. According to him, it was the grace of God that saved his life.
Subsequently devoting his entire life to religion, Newton penned one of the world’s most famous religious hymns ever, Amazing Grace.”
The Nigerian films stars Nick Moran, Joke Silva, Scott Cleverdon, Mbong Amata, Fred Amata and Zack Amata.
5. “Invasion 1897” 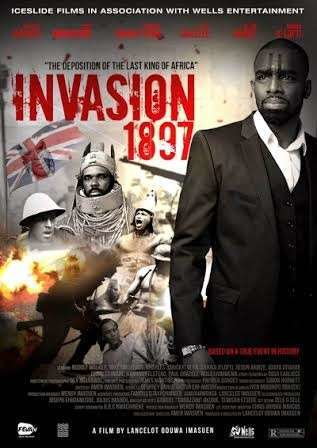