A preview of the AFCON 2019 semi-final clash between Nigeria and Algeria. 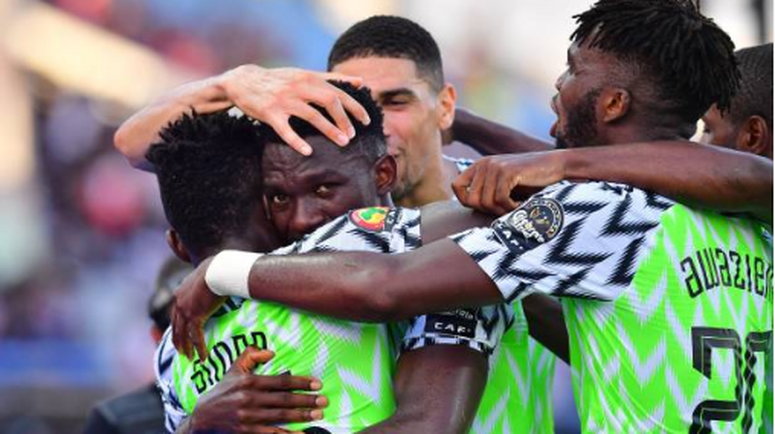 Getty Images
Super Eagles of Nigeria will face Algeria in the semi-finals of AFCON 2019 (Getty Images)
It’s very close now. Every team at this stage of the 2019 Africa Cup of Nations (AFCON) can get a whiff of the title. But the closer it gets, the stiffer the challenge.
“It’s not far — two more steps, but two very difficult steps to this great achievement. We will try our best,” Algeria’s coach Djamel Belmadi said at a press conference ahead of their semi-final clash against the Super Eagles of Nigeria.
As the Super Eagles get nearer to a much-needed fourth title, they face a very difficult challenge in Algeria who have been the best side of the ongoing AFCON. This is known to Super Eagles boss Gernot Rohr who led his side to a November 2016 3-1 win over Algeria in a 2018 FIFA World Cup qualifier in Uyo. The two sides met again almost a year later in Algeria and the game ended 1-1 although the North Africans were later awarded a 3-0 win after Nigeria were found guilty of fielding an ineligible player. 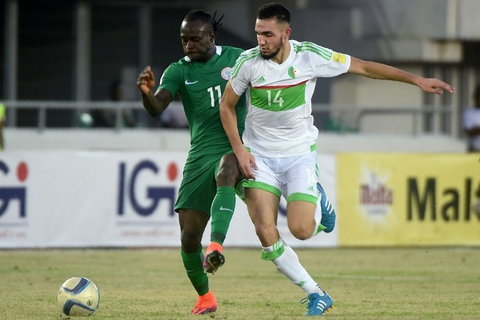 AFP
Nigeria beat Algeria 3-1 in November 2016 and forced a 1-1 draw a few months later in the return leg.
But Algeria are a very much changed side, not in terms of personnel but of style, shape and intensity overseen by Belmadi who took over in August 2018.
“He’s done a very professional job. They were shaky at the time. We beat them 3-1 (in Uyo) and they made lots of individual errors and defensives mistakes that made it easier for us to win. They were also fragile in the draw,” Rohr told reporters Saturday.
“Now I see a solid Algeria side with a good balance between attack and defence. They’re still physical but they have come on since and it will be a much harder match than in World Cup qualifying.”
Since taking over in August, Belmadi’s side have lost only once and they can boast of the meanest defence in AFCON 2019 with only one goal conceded and the best attack with the most goals scored.
Algerian players to watch 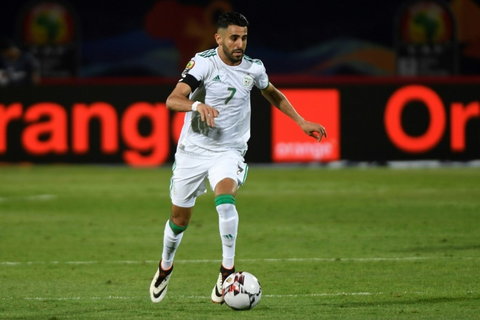 AFP
undefined
They also have some of the best players so far in AFCON 2019. Empoli forward Ismael Bennacer has been brilliant with two assists already. The youngster has been so good on the ball and has been a livewire for defenders.
Goalkeeper Adi Rais M’Bolhi has also been brilliant between the post with his performance against Côte d’Ivoire the standout. With Algeria out of their element in the first half, the 33-year-old made four crucial saves to keep his side in the game. Then came the penalty-shootout when he saved Wilfried Bony’s effort to send Algeria to the semifinals.
Without a goal for Algeria heading to Egypt, Napoli forward Adam Ounas who now has three, mostly from the bench is another player the Super Eagles should be wary off while two-time Premier League winner and former African Footballer of the Year Riyad Mahrez needs no introduction.
The Super Eagles have not seen much changes since the last two meetings between the two sides. Seven players that played in the 3-1 win in November 2016 are expected to be in Nigeria’s starting XI. Rohr’s team, however, has taken shape as a counter-attacking unit as seen with the games against Cameroon and South Africa.
They have also gotten better with each game at AFCON 2019 especially after that shocking 2-0 loss to Madagascar in their last group game.
Despite the mistakes that allowed two goals against Cameroon, the central defensive partnership of William Troost-Ekong and Kenneth Omeruo have been solid, Wilfred Ndidi and Oghenekaro Etebo have been tenacious in the middle while Ahmed Musaand Alex Iwobi have found some fluidity in the final third although the former was let down several times by his final balls in the game against South Africa. 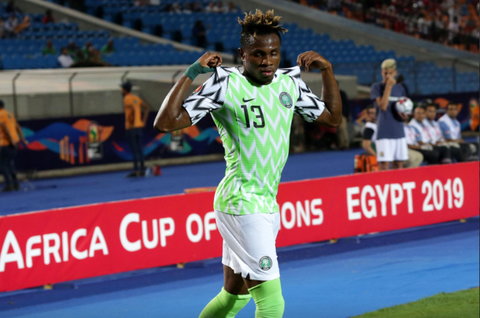 CAF
Man of the moment Samuel Chukwueze will be the player everyone will be watching against Algeria (CAF)
It is the performance of Villarreal star Samuel Chukwueze that has given the Super Eagles a new lift. The 20-year-old was electric against South Africa, scoring a goal and causing lots of problems for the Bafana Bafana defenders with his dribbling and direct play.
He will be the one everyone will be watching at the Cairo International Stadium on Sunday night.
Source: Pulse.ng