Who is Tiwa Savage talking to on Kizz Daniel’s #Fvckyoucover?

The Mavin first lady is setting the internet on fire
with her version of the #FuckYouCover which is packed with subliminal
lines. 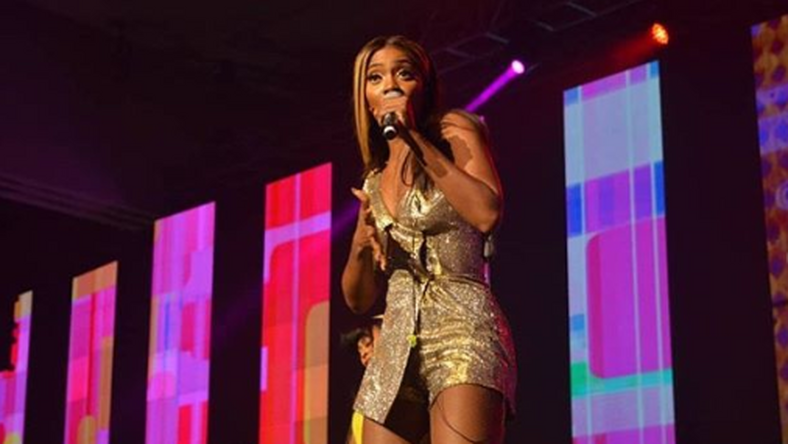 Tiwa Savage has added her vocals to the challenge thrown open by Kizz Daniel following the release of his latest single, ‘Fvck You.’
Few weeks ago, Kizz Daniel put out his first official single of the year, ‘Fvck You’, an emotive song where he shares the tales of a promiscuous partner relating a story of heartbreak and pain.
What followed was a few covers from rising
talents that soon sparked a call for his followers and other artists to
jump on the trend and send in their versions with Kizz making the
instrumentals available online.
Part 3 :: “FVCK YOU” out now 🔥🔥
__
Link in bio ☝🏿 __
Prod by @youngjonn / short shot by @daniel.vintage #Fvckyou #fvckyouchallenge
While he may have anticipated the multitude of
the covers that have since flown in, it is near impossible that he
expected the pace at which even the established acts have jumped on it
with the song producing close to a hundred covers as at the time of
writing this article.
From artists like Sarkodie, Lil Kesh, Chinko Ekun, CDQ, Demmie Vee, Skibii, Young Jonn and more to lesser known names already releasing their own versions, the song has become the biggest thing on the music scape at the moment.
Then on Wednesday, Kizz Daniel encouraged
female artists to also send in their versions and barely 24 hours after,
one of the biggest names in the industry, Tiwa Savage released a cover
of the song and the reactions have been loud and deafeaning.
With lyrics like, ”Bobo you no get shame,
when we dey waka to studio to studio, you dey look for fame, two can
play the game, first time you go international, mo fo wo mi ran e lo
Canada [I paid for your Canada trip], Mr Living Da loca, 50 Bottles you
still dey owe escape, carry Sisi Yellow, you dey form posh, say my
melanin no dey pop”
SAVAGE RESPONSE 💔 @tiwasavage ahh! 👹
___
#fvckyouchallenge #fvckyoucover #fvckyou
Even though no name was mentioned in her
lyrics and it could just be the singer telling stories to fit the
context of the challenge, the emotions and personalized angles displayed
on the song has gotten listeners curious fueling speculations to who
she may be referring to in the song.
Tiwa, who has enjoyed a successful career that
spans close to a decade has been associated with a number of men since
her return to the country and this cover has placed a lens on every one
of them as her fans are pushing to unmask the person she is addressing.
@tiwasavage’s
cover of Kizz Daniel’s ‘Fvck you’ is trending currently and a lot of
people have one or two things to say about it. What do you think about
it?
.
#PulseViral #PulseNigeria #TiwaSavage #KizzDaniel
The one minute audio has already amassed over 150k plays on her social media page within hours of its release.
While the singer is not saying anything to
uncover the mystery person, we are curious to know who may have caused
her this much pain and has become the victim of her lyrical wrath?